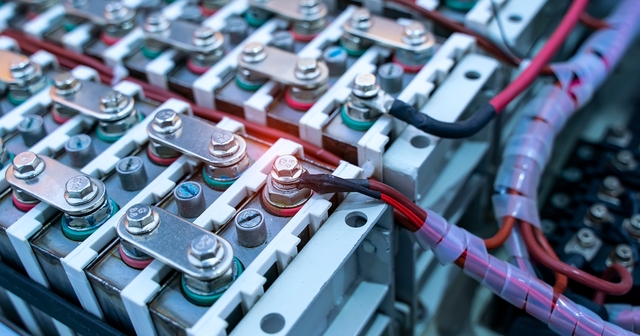 Once more into the battery breach

Have Michigan administrators and lawmakers learned anything from the incredible public expense of subsidizing battery manufacturers in the 2000s? It doesn’t seem so. Administrators have recommended handing out almost 400 million taxpayer dollars to new battery plants.

Back in 2008, Gov. Jennifer Granholm and the legislature couldn’t agree on much except that they wanted to hand out more business subsidies. Michigan’s economy was struggling, but they responded to deep and broad economic problems by handing out taxpayer money to select companies.

One proposed scheme was to give battery manufacturers refundable credits based on engineering, construction and production rather than employment. The program passed with just three dissenting votes. Lawmakers increased the program five times over the next few years, and authorized $1.3 billion in subsidies for battery manufacturers.

Policymakers were ecstatic about the prospect of adding more battery plants. "Through our diversification and education initiatives, we've laid a foundation for the new Michigan economy," Granholm said.

Administrators announced deals with five companies to produce batteries. This was bolstered through President Obama’s stimulus bills, which devoted at least $805.6 million to battery producers in Michigan. Electric car battery subsidies are attractive technology for politicians, who can sell the efforts as both green energy and jobs.

The problem is that there wasn’t a market for it. Two of the plants never launched. None of the others met overblown expectations or transformed the state. Lawmakers had not, in fact, laid a foundation for the new economy. Even today, with more electric vehicles sold than ever, there are fewer jobs in battery manufacturing than in rehab counseling in Michigan.

While it didn’t deliver on the economic benefits, the costs were real. Lawmakers gave $1.1 billion to the companies, in addition to whatever the federal government lost in its efforts.

All told, it was a lot of cash for little result.

The latest efforts are for the battery plants of the companies Gotion and Our Next Energy, with $375 million in cash for the two deals. Gov. Whitmer is no less enthusiastic about what this means to the state than Granholm was.

“This is yet another historic day for Michigan this year,” Whitmer said in October, “as we continue to secure generational opportunities in our manufacturing and engineering workforce, grow a sustainable economy, and make critical infrastructure improvements to support the state’s robust agriculture industry.”

It doesn’t seem like the latest deals are informed by the state’s failures. The companies get to receive most of the money without having to employ people. A lack of jobs might result in the state getting some cash back, but unless the company actually moves jobs out of the state or abandons its facility, Michigan taxpayers will have to wait until 2030 to get their money back. The last time around, projects underdelivered on jobs but still cost taxpayers. This time, the state’s terms set taxpayers up for the same experience.

There is a simple way to ensure that projects like this deliver on the economic benefits lawmakers claim they’ll provide, and to keep them from costing taxpayers if they don’t deliver. Projects ought to be judged by the state’s economic metrics, not the companies’. If policymakers want to drive state economic growth with subsidies, then success or failure should be measured by the state’s performance.

Economists use clever methods to tease out the effects of state subsidies. Some of them find positive outcomes, most find negative outcomes. None of them find large effects. Yet lawmakers say their deals matter to the state’s economic future.

If elected officials believed the things they say, they would put their expected economic outcomes in the contracts. Taxpayers would not have to pay unless the projects did what lawmakers said. They’ve got a record of failing to deliver on jobs promises, so they ought to be clear about what they want to accomplish.