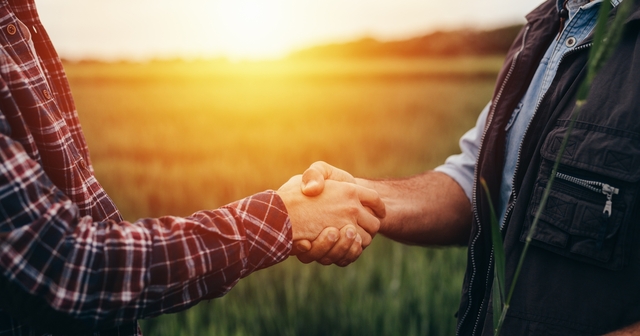 Legislators approved a bill in September to spend an extra $1 billion, and the package includes $596.1 million in new business subsidies.

The money goes into a program created in 2021 that hands out money to select companies. The amount a company can receive is not subject to any limit other than what legislators have allocated into the fund. Legislators also required any deal to be confirmed by the legislature’s appropriations committees.

Legislators appropriated $896.1 million to the program, but earmarked $250 million into a portion of the program to do site development. The scorecard includes business subsidies where companies receive cash or cash equivalent from the state. It may be possible that the funds are used in a way where companies receive something like a cash equivalent. For instance, if a local government uses the funds to purchase land and then gifts it to a company, it would qualify. However, the one instance of the state’s using the fund to prepare a site in the current round of spending was an improvement to a local sewer system that did not involve a cash equivalent transfer to a company. We excluded the earmarks to site preparation from the value assigned to the bill, though this may be revised if site development money gets used to make cash equivalent gifts to companies.

Lawmakers have now approved $1.8 billion in subsidies this session. That is the most since the 2007-08 legislative session, and the third most in the 11 sessions included in the scorecard. There has been $2.0 billion authorized so far during Gov. Gretchen Whitmer’s four years as governor. That’s a little less than the $2.5 billion authorized during Gov. Rick Snyder’s 8-year term. 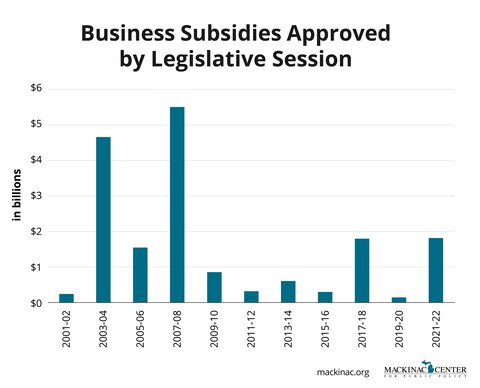 The bills did draw some bipartisan opposition in both chambers.