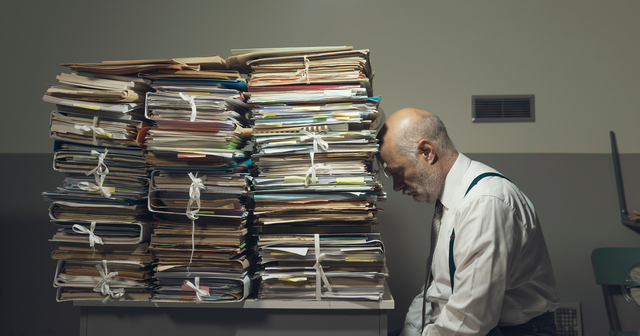 Some commentators think Michigan is suffering from what they term disinvestment. It sounds like they mean that state spending is down. A look at tax revenue and spending trends ought to unravel that yarn. State taxes collect more revenue and the state budget has gone up by a lot.

Spending is also up over a longer term. The state budget is up 25.1% over the past decade when adjusting for inflation, even accounting for the recent spike in inflation. 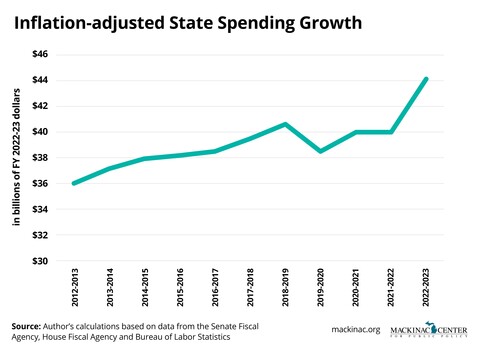 This increase has meant that lawmakers are spending more on their priorities.

They increased school spending by $5.9 billion, 17.6% more than inflation. The gains are spread across fewer students, too. Public schools teach 8.8% fewer kids than they did 10 years ago.

The state receives a lot of federal funding for means-tested support programs like Medicaid. Total federal revenue for the Department of Health and Human Service increased from $14.7 billion to $23.7 billion over the past decade. State spending on DHHS also increased $3.3 billion, a 19.5% increase when adjusting for inflation. State Medicaid rolls are up 69% over the period, in part due to the change in eligibility and pandemic-related refusal to enforce eligibility rules.

Lawmakers increased transportation spending by $1.7 billion, a 37.3% increase above inflation. Extra spending moved the state from expecting substantial declines in road quality to close to the point where roads are put together as fast as they fall apart.

Lawmakers give state universities $586 million more than they did a decade ago, a 12% increase. It doesn’t seem like policymakers got good returns for the increased spending. The schools enroll 37,600 fewer resident students, a 14.4% decline, and school administrators increased inflation-adjusted resident tuition 11.9%.

The last budget has $800 million in district projects in it — select spending items directed by individual legislators to benefit their districts. Lawmakers used to pass budgets without these kind of things.

Then there is the $2 billion lawmakers have spent on the country’s most egregious business subsidy program. No other state hands out large amounts of cash upfront to selected businesses that get to collect checks before creating jobs.

That’s not including the billions in other items in the budget that legislators labeled as one-time expenditures. That’s a way to indicate that they don’t expect that spending to occur in the next budget.

In other words, there is plenty of room to save money in the budget if lawmakers want. Policymakers spend a lot more than they used to. They also have a lot of money at their disposal. Lawmakers ought to look to ensure that people get good results from extra spending rather than attempting to redress claims of phantom spending cuts. There are parts of the state budget that legislators ought to cut.