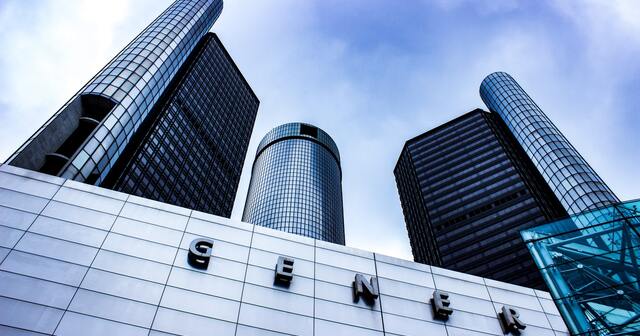 Michigan gives out hundreds of millions of dollars to a handful of private companies each year. Yet corporate-welfare bureaucrats claim residents shouldn’t and can’t be told how much taxpayer money each company receives. This violates the governmental spending transparency that Michiganders demand from their government. The Michigan Constitution mandates that “financial records” be disclosed and therefore prohibits this secrecy. The Michigan Supreme Court should require that all corporate welfare expenditures be made available to the public.

On Dec. 8, the Michigan Supreme Court heard oral arguments in the case Sole v. Michigan Economic Development Corporation. The case began after administrators refused to fulfill a Freedom of Information Act request about tax credits the state provided to General Motors. The company asked for and received billions from the state in “refundable tax credits.”

The term “tax credit” is misleading. The money is really a subsidy. When companies collect much more in credits than they owe in taxes, they receive large amounts of money from other taxpayers. It is estimated that Michigan could be liable for another $5 billion more in corporate subsidies.

This practice has been an official strategy to ostensibly create and retain jobs in Michigan. But lawmakers got duped into pursuing a bad plan and enacted bad policy. Giving out taxpayer cash to select businesses is an ineffective way to create or retain jobs in Michigan, as has been noted by virtually every academic who tries to tell whether such programs influence the economy. It is also unfair to those companies’ competitors who don’t get them and existing businesses who are not so lucky as to qualify to state support.

And it’s expensive, too. For example, GM, a private business that has earned $59.6 billion in profits since 2009, will likely receive about twice as much as much as Michigan gives to Grand Valley State University, which educates 22,000 in-state students.

We say “likely” because state administrators guard the numbers. Some legislators have this information, based on reporting requirements exclusive to them, but if they were to inform their constituents, they would be subject to $5,000 fines. Yes, you read that correctly: In 2009, the Legislature passed a law creating a large fine for its own members who tell their constituents (i.e., you) about the amount of taxpayer money public administrators give to corporations.

As was outlined in an amicus brief submitted to the Michigan Supreme Court by the Mackinac Center Legal Foundation and the Michigan Press Association, the whole policy of corporate welfare is likely unconstitutional. That’s because efforts to add language to subsidize particular companies were rejected multiple times by delegates to the state’s 1961-2 constitutional convention. But even if corporate giveaways were allowable, not sharing this information is illegal. Article IX, sec. 23 of Michigan’s constitution states, “All financial records, accountings, audit reports and other reports of public moneys shall be public records and open to inspection.”

Despite this clear language, the corporate-welfare bureaucrats point to confidentiality agreements they signed with companies — documents meant to keep this information hidden from the public. They cite statutes that say the information is immune from disclosure. But statutes don’t trump the constitution.

During oral arguments in the Sole v. Michigan Economic Development Corporation case, a lawyer for the corporate-welfare bureaucrats asked the Michigan Supreme Court to ignore the constitution and allow the giveaway secrecy to continue. Until a legal challenge to the practice of selective business subsidies succeeds, Michiganders are likely stuck with the policy of allowing taxpayer money to be given to corporations, despite its obvious flaws. But the Michigan Supreme Court can and should make it clear that under the Michigan Constitution, those amounts cannot be hidden from the public.

People deserve to know who gets their tax dollars. Michigan’s FOIA law explains that transparency is vital because it allows the people to “be informed so that they may fully participate in the democratic process.” This is especially necessary when administrators make billion dollar deals with politically favored companies. So far, our elected officials have failed to resolve this transparency problem. It is now up to the Michigan Supreme Court to rectify the matter by enforcing the constitutional provision to ensure that the public has access to these important financial records.