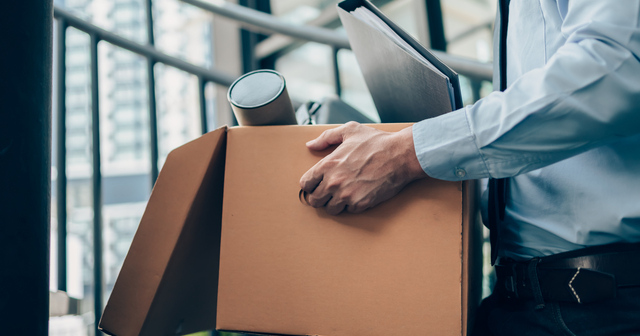 Michigan has fallen behind on jobs, and policymakers who want to help the state catch up have their work cut out for them.

Here are the trends for every state since 2000. Utah is the line that ends in the top right. Jobs in the Beehive State are up 55.9% since January 2000. Michigan is the line at the bottom. 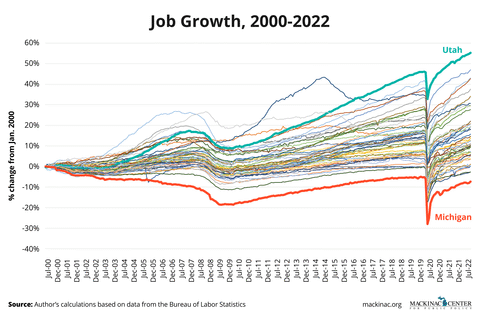 Michigan started adding jobs after that. The state was up to 95% of the jobs it had at its peak in 2000 when the pandemic hit.

Gov. Whitmer instituted the strictest lockdown of any governor during the pandemic; 32% of all businesses were subject to a government-mandated closure, far higher than the 19% national average.

Since then, 23 states have fully recovered from their pandemic job losses. Michigan is still down 94,500 jobs from pre-pandemic levels. That’s a 2.1% decrease, 7th worst in the nation.

State lawmakers have seen a huge increase in tax revenue and are sitting on $6 billion in extra money from revenue growth. It’s time for them to consider reducing taxes, which is a tried and true way to encourage job growth.

Cutting taxes would also help Michigan compete with other states. Twenty-four other states have been in the same situation and cut taxes in the past few years.

To be fair, legislators have tried to do this. Two income tax cut bills were sent to the governor this year, and both were vetoed. Whitmer has also opposed even smaller measures to encourage job growth through tax rules.

Down by over 335,000 jobs since the turn of the century, Michigan has missed out on 22 years of potential job growth. It has the worst job growth among all states over this period. Lawmakers still have work to do if they want to regain lost ground.