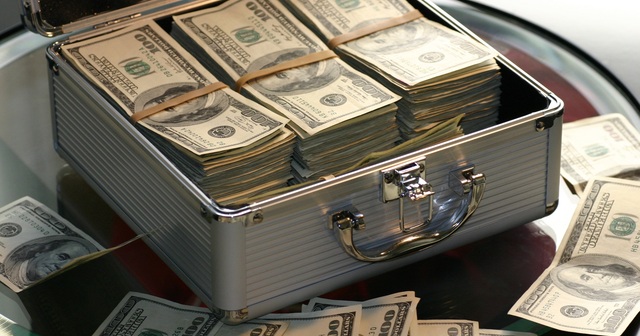 Michigan lawmakers decide how to spend a federal windfall

Congress passed massive stimulus spending last March to help states that were expected to suffer revenue losses due to the pandemic. But because state tax revenues remained higher than expected, Michigan lawmakers were left figuring out how to spend all that money coming from Washington.

The Mackinac Center worked with a coalition of center-right allies and business organizations to etch out some principles to help guide legislators. Thankfully, those legislators were listening.

Here were the ideas we offered and how well the spending plan adopted last week reflects them.

It took roughly a year for the Republican-majority legislature and Democratic governor to agree on a list of items, and even the latest did not allocate all of the federal money that had been transferred to the state.

The ARPA money came with strings prohibiting the state from reallocating it to “directly or indirectly” lower taxes. Federal guidelines from the U.S. Treasury later clarified that it would consider this a breach if any tax cuts caused a state to reduce revenue below inflation.

A basic problem with the Treasury rules is that inflation is up, and it’s uncertain how long that will last. Lawmakers wouldn’t know whether tax cuts would go beyond the guidelines until the year is over.

Beyond that, this rule is also likely unconstitutional. There are cases involving 21 states in courts right now and all four rulings on the policy question have been against broad federal prohibitions on state tax cuts. That includes a case from Kentucky, which is in the same federal judicial circuit as Michigan.

State lawmakers passed tax cut legislation. Even though Governor Whitmer vetoed it, the legislature did not allow the federal rules to undermine their priorities.

Most of the items in the new supplemental spending bill are for infrastructure projects that will not require ongoing commitments from state taxpayers.

For instance, the largest item in the spending bill provides supplements to local government water and wastewater systems through existing grant programs. These systems are typically paid for with user fees, so federal spending would prevent user fee increases without starting an ongoing state obligation.

It’s a big bill and it does a lot. While much of it transfers money for other infrastructure, there are a couple items that help the state’s long-term financial picture.

State park grants will help the state cover some of its $362.1 million list of “primary infrastructure needs.” That means that the state fixes things faster than it would otherwise.

There is some extra money for roads. The state is getting close to the point where it fixes roads faster than they fall apart, and extra federal funds relieve the state taxpayer of that cost.

In addition, there is a transfer into the state unemployment insurance system. State reserves had been depleted during the pandemic, so this shores up reserves and can offset some payroll tax increases.

All told, the recently-approved spending bill recognizes many of the key ideas that our coalition highlighted in our letter from one year ago.