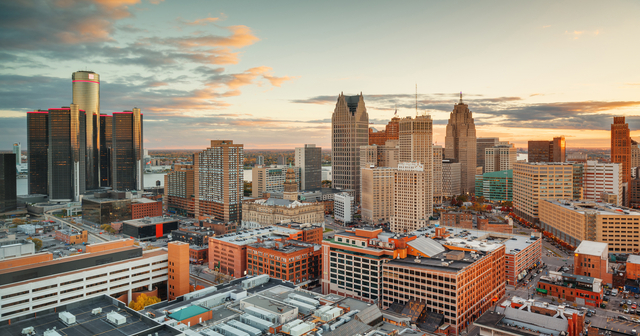 People are worrying about whether job cuts at their workplace are around the corner. Inflation-adjusted Gross Domestic Product declined for six months, after all, and this is a conventional measure for when the economy is in a recession. But so far, the economy has been adding jobs. The number of jobs in the United States went up in July, making it back to where it was before the pandemic. But Michigan hasn’t made it back. And that’s why Gov. Gretchen Whitmer ought to stop vetoing tax cuts.

Michigan has not been so fortunate. The state lost proportionally more jobs than the U.S., thanks in part to the most extreme lockdown in the country, and it is yet to fully recover. And weakening job growth in 2022 makes it look like the state is not going to get back to pre-pandemic levels any time soon. 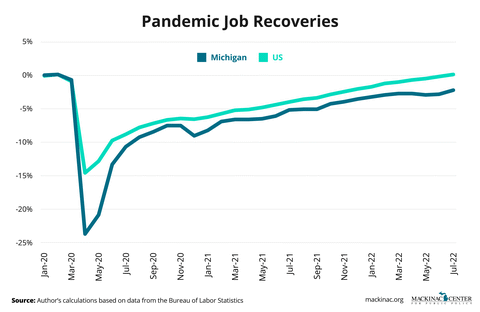 That’s a bad thing when 16 other states now have more jobs than they did in February 2020.

Lawmakers ought to do something to improve these trends. Legislators have tried. Reducing the state’s income tax rate is a tried and true way to encourage job growth, and they have twice approved a bill to lower this tax rate. The governor vetoed them both.

Instead, she’s called for selective subsidies to big companies. This is an ineffective way to add jobs, expensive for taxpayers, and an unfair approach economic growth.

Lawmakers ought to do what they can to catch up with other states. Let’s hope the governor reconsiders her approach, since she’s been standing in the way of growth.