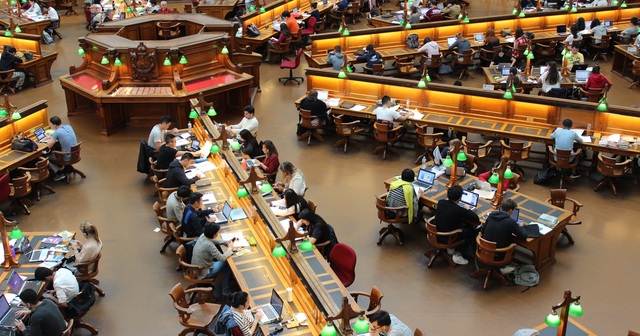 State legislatures could save taxpayers from absorbing student loan debt

President Biden’s plan to have taxpayers cover the cost of canceling student debt has come under fire from many sides, but there is one thing everybody can agree on: The cost of college has gotten out of hand.

Fortunately, there are solutions that states can implement to help lower costs.

The Biden administration claims that student loan debt is a “significant burden on America’s middle class,” making it difficult for workers to buy homes, save for retirement, or start a business. The administration notes that the total cost of four-year colleges has tripled since 1980, even factoring in inflation. According to Forbes, the cost of attending college in that year was a mere $10,231 annually but it has grown to $28,775.

College operations have changed in the past 40 years, but universities do not appear to be in such dire financial shape that they need to continue charging these high tuition rates.

Endowments, even for public universities, are enormous. My home state of Michigan provides some examples. The University of Michigan in 2020 had an endowment of more than $12.3 billion. This is one of the 10 largest endowments in the country, and that’s before factoring in the 41% growth it experienced in 2021. The state’s largest school, Michigan State University, sits at 34th place, with around $3.4 billion in its endowment.

While massive endowments may not come as much of a surprise for schools in the Big Ten, some of the state’s midsize and smaller universities also find themselves with hefty amounts of funds. Central Michigan University, with a student population of 17,224 in 2021, has an endowment of $246 million. Wayne State University, which receives the third-highest state funding, over $200 million per year, has an endowment of $519 million. Western Michigan University has $494 million, and Grand Valley State has $175 million in endowed funds. These do not appear to be organizations on the brink of bankruptcy.

Why shouldn’t these schools be held responsible for some of the costs? They’re arguably more at fault for the student debt crisis than the skilled laborer who didn’t go to college or the taxpayers who have paid off their student loans.

Thankfully, there is a legislative solution to the ballooning cost of tuition and the inequitable redistribution of debt. The state of Michigan has the power to appropriate money to maintain most of Michigan’s public universities. But nothing requires that money to be appropriated without some strings attached. The simple solution is merely a cap on tuition as a condition of receiving appropriated funds. Should they choose to, states such as Michigan could present universities with a choice: limit the tuition and fees charged to students to a predetermined amount, or forgo state funding. If that amount is indexed to inflation, costs of attendance will remain fixed.

Eleven states have laws restricting the size of tuition increases. It stands to reason that states can go further by actually capping tuition and indexing subsequent increases to inflation. One state, Louisiana, already does so.

Universities would be left with a choice — limit the cost of attendance, or abandon taxpayer funding as a source of revenue. As of 2019, state and local funds were responsible for 44% of public, four-year colleges’ revenue. Losing this revenue would be a significant cut to universities’ budget. At the same time, those universities that choose to cap the cost of attendance would then have an opportunity to compete more aggressively on price, while also providing students with greater choice as to the amount of debt they incur.

The universities still come out ahead. The University of Michigan enrolled a total of 50,278 students. Tuition and fees from these students represent only 14%$9.7 billion of revenue that Michigan received in 2021.

Of course, the university could also refuse to cap the cost of attendance. In doing so, it would forgo $163 million in state funding, less than 2% of its operating revenues. Neither outcome will leave the university destitute. But not accepting state funds would still benefit the public, as funding that would have gone to the university can be reinvested in other public projects.

Biden’s plan to forgive up to $20,000 of student debt per borrower has sparked debates, and it is unlikely the president even has the authority to order such an expenditure. But state governments have a tool at hand that would get more directly to the cause of exploding college costs.

By forcing universities to choose between state funding and limiting tuition costs, state legislatures can save taxpayers money or, at the very least, ensure that their taxes aren’t supporting the continually increasing cost of attending college.

Steve Delie is director of labor policy and Workers for Opportunity at the Mackinac Center for Public Policy in Midland, Mich.