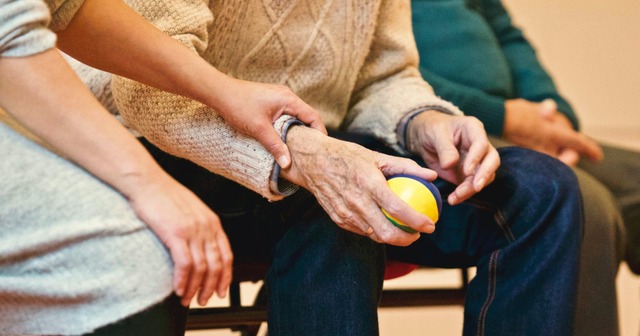 Editor's Note: This article was first published in The Detroit News on Jan. 17, 2022.

Last week, Michigan Department of Health and Human Services Director Elizabeth Hertel aired her grievances with an auditor general’s review of how her department tracked COVID-19 deaths in long-term care facilities, such as nursing homes. The auditor general released the anticipated report Monday, and the results reveal that the state failed to accurately track and report these deaths.

The top-line numbers highlight the scope of the problem. As of July 2, 2021, the last date examined by the auditor general’s report, MDHHS reported a total of 5,675 deaths in long-term care facilities. This includes skilled nursing homes, adult foster care and homes for the aged licensed to house 13 or more patients.

The auditor general found that the actual number of deaths in these long-term-care facilities was 7,010, meaning the state’s tally was off by a whopping 24%. And that’s only for the facilities the state claimed to be tracking.

The total number of deaths at long-term care facilities was even higher at 8,061, according to the new report. That figure includes deaths at facilities that the state is not tracking, but it is the most accurate answer to the question of how many COVID-19 deaths were associated with nursing homes and similar facilities.

Regardless of which number is the most appropriate to judge the department’s efforts against, both indicate that Michigan’s long-term care deaths were undercounted significantly.

Overall, the auditor general found the COVID-19 death count at these facilities to be 42% higher than previously reported by the state. Overall, 37% of all Michigan’s COVID-19 deaths can be traced back to a long-term care facility.

Hertel claims that the auditor general’s methodology is flawed and politically motivated. She also complains that it includes deaths that her department was not required to track and never claimed to be tracking. The latter point is true, but that does not absolve the department of its problems.

It is important to keep in mind the purpose of this audit, requested by Rep. Steven Johnson, was to review the health department’s procedures for tracking COVID-19 deaths at long-term care facilities. The goal was to receive a complete accounting of all the deaths that occurred in such facilities, regardless of whether the department was tracking them.

Including the numbers from facilities the department was not tracking is necessary to provide the public with a full view of the situation. By ignoring deaths that occurred in the smaller long-term care facilities, the state health department makes these facilities appear safer than they actually are.

Hertel also argues that the auditor general’s methodology for identifying these COVID-19 deaths — which amounts to essentially cross-referencing the addresses listed on death certificates to long-term care facilities — is unreliable.

This is an odd critique because the department itself relies on this same information for contact tracing and other purposes related to monitoring communicable diseases.

Further, the department had on three different occasions attempted to perform a similar type of analysis. Why the department should suddenly disavow this technique is hard to understand.

Last March, Attorney General Dana Nessel determined an investigation into Gov. Gretchen Whitmer’s handling of nursing homes during the COVID-19 pandemic was not warranted. Nessel claimed there was “no evidence … to suggest that Gov. Whitmer’s efforts to contain COVID-19 in Michigan’s nursing homes resulted in increased deaths.”

This report from the auditor general raises that question anew and Nessel should reconsider the case.

Regardless of that outcome, this new report provides substantial evidence that the state health department failed to accurately report the number of deaths in long-term care facilities.

Its undercount makes COVID-19 appear deadlier to the general population than it actually is and makes it appear more benign for residents of long-term care facilities.

This is unfortunate, because a critical role the state must play in dealing with a public health issue like COVID-19 is to provide the public with accurate data about the risk of severe illness and death. This is the true tragedy of the state’s failing.

How the Auditor General Should Investigate Nursing Home Deaths