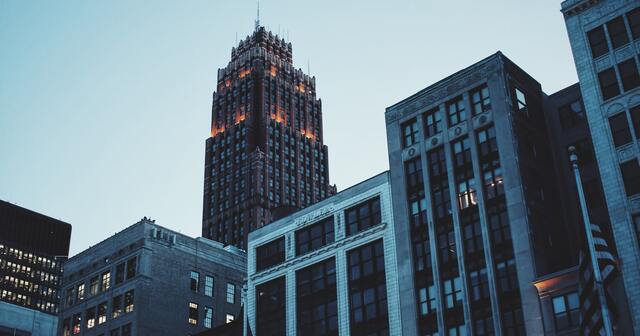 Lawmakers should instead prioritize a long-promised income tax cut

Lansing’s political class responded to the announcement by quietly concocting a subsidy program known as “SOAR,” or “Strategic Outreach and Attraction Reserve,” and then jamming it through the full legislature last December. It is a $1 billion taxpayer fund that will give subsidies to a few corporations.

Legislators did this even though a mountain of evidence shows that corporate subsidy programs are ineffective. While Kentucky and Tennessee offered handouts to Ford, there were other reasons, such as high utility costs, that the Great Lake State was never in the running for the electric vehicle and battery plants.

SOAR is also using money that could be used to deliver Michiganders a long-promised income tax cut. In 2007 the state’s economy was sputtering, leading state tax revenues to drop far below what state officials wanted to spend. Legislators increased the tax rate by 11.5% and pledged it was only a temporary increase. They said that rate, which went from 3.9% to 4.35%, would start going down in 2012. But the Snyder administration, which took office that year, permitted a rollback of just one-tenth of a percentage point before it scrapped all future cuts.

The rate has been stuck at 4.25% while lawmakers have introduced (and recently adopted) legislation to hand over more taxpayer money to profit-seeking corporations. One of those, coincidentally, is likely General Motors, which has made nearly $60 billion in net income (profits) since it emerged from bankruptcy in 2009.

Fortunately, several lawmakers want to keep the original tax cut promise. Sen. Aric Nesbitt and 15 state senate colleagues have introduced Senate Bill 768, which would cut the tax rate to 3.9% immediately. That’s good, for a phase-in is a time-worn legislative trick. When a tax hike is imposed, as in 2007, there’s rarely a phase-up. The state just takes what it wants. When it comes to a tax cut, however, politicians often give it to taxpayers slowly.

Not with this bill, however. The legislation calls for the full tax cut that was promised in 2007, and it does not depend on some other revenue hike to offset it. This means citizens and economy can enjoy the full benefit of the cut quicker than they otherwise might.

The legislation is not perfect. It provides a targeted tax credit to people with kids, and there is no reason to force people who choose not to have children to subsidize those who do. In addition, a child tax credit already exists at the federal level. Still, the bill is a hopeful sign.

A personal income tax cut of this scale would clear the way for thousands of new jobs, according to a model the Mackinac Center employed in 2018. The State Tax Analysis Modeling Program, or STAMP, measured the impact of such a tax cut on jobs. The model reported that some 15,000 jobs would be created in the first year — likely far more than policymakers could hope to achieve handing out fiscal favors to their favorite corporations.

Other scholars have studied this topic as well. One of the best literature reviews was a 2014 examination by John Hood of the John Locke Foundation. That review, titled “Lower Taxes, Higher Growth,” began with a sweep of 681 tax-related articles, going back to 1990.

Of the 115 articles that addressed state and local taxes, 63% of them showed a negative relationship between taxes and growth. That is, taxes harmed economic growth. Of the 83 studies that looked specifically at income taxes, 67% showed harm from a rate increase.

The same review concluded that the research to date is “not friendly to the notion that states and localities can promote economic growth by offering tax credits or other targeted tax incentives.” This is no surprise to Mackinac Center scholars, as we have seen little in the literature before, during or since, to suggest tax credits strengthen the state’s economy. All of which brings us back to SOAR.

The state’s new SOAR program should make everyone sore. It takes money away from the many to give it the few — for an approach to economic growth that is demonstrably ineffective. Lawmakers can produce more sustained and effective growth by giving Michigan taxpayers the personal income tax cuts they have been denied for the last ten years.