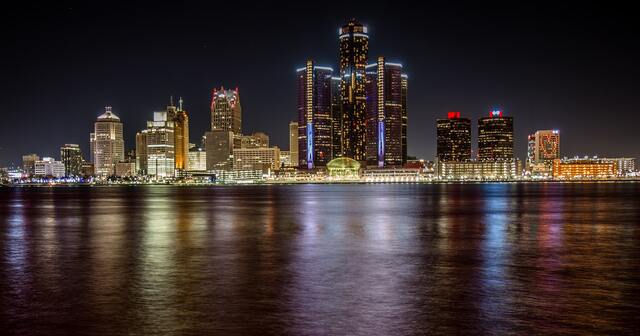 When Lansing Picks Business Winners, Taxpayers and the Public Lose

Editor's Note: This piece first appeared in The Detroit News on November 22, 2021.

Some Michigan lawmakers want to hand out $300 million in taxpayer support to select businesses. States all over the country have tried to improve their economy with business subsidies, but with little success. They’re ineffective at creating jobs, expensive to the state budget and unfair to the businesses that don’t get them.

The state would be better served with reforms that affect businesses across the state rather than those that are targeted at select companies. One example of statewide reform is to implement across-the-board tax cuts.

The latest subsidy proposal gives companies deals that last up to 10 years, under which they collect the income taxes generated by their employees’ paychecks. So unlike other people and businesses that pay their full share in supporting the burdens of government, the businesses selected by state administrators would get to collect that cash instead.

The proposal would restart a program that operated from 2017 to 2020 and approved $194 million in taxpayer support to six companies. And according to the state’s most recent reports, administrators have not verified that a single job was created at these companies yet.

There may be jobs at the projects, but the state’s reporting is lagged, incomplete and done by cheerleaders who are more interested in defending their programs than in reporting about their results.

Even if they were, it is unlikely that the deals worked to improve Michigan’s economy. Too often deals are made to provide special favors to companies that would have done the same thing regardless of taxpayer support.

Selective business subsidies are not about creating jobs, but rather giving the appearance that politicians are doing something about jobs. They care about headlines more than they do about whether the state actually grows.

Utah and Idaho, for instance, have increased their job levels the most of all of the states, and are the first to fully recover the jobs lost during the pandemic. They’re not the states making headlines for landing big projects, but are winning the war for jobs.

A better way to help Michigan recover faster is to lower the state’s tax burdens. Everyone has to pay a percentage of their income to the state in income taxes, and this slows the state’s economic growth.

Yet lawmakers do not have to tax as much as they do right now and can afford to lower taxes. State revenue is 10% higher than its pre-pandemic level, and that’s before counting extraordinary federal transfers to Lansing lawmakers.

This growth means that legislators can reduce the income tax rate from 4.25% to 3.9% without having to cut the state budget for a single year.

As a benefit, lowering taxes would encourage job growth and improve incomes. In contrast to subsidies to a handful of businesses, it benefits people in urban and rural areas, and not just those lucky enough to land deals from state administrators.

This is a basic problem with the state picking winners at the expense of everyone else: It concentrates activity in one place and pushes the cost on the public. Broad-based improvements to the business climate, on the other hand, help the state’s economic prospects improve, and the benefits are felt across the state.

In other words, lawmakers should stop trying to think that they can make the state a winner by giving cash to the companies and projects they like. This strategy costs a lot and doesn’t work. Improving the state’s business climate does, and that needs more attention from lawmakers.