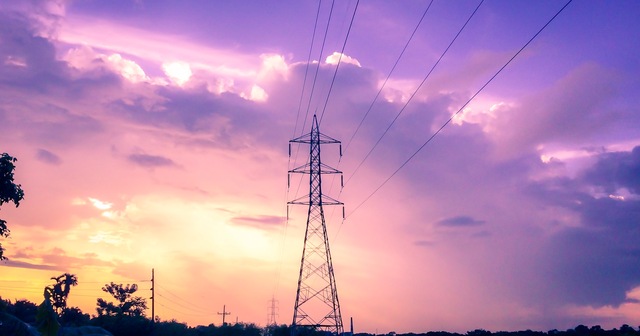 A veto of Senate Bill 103 would protect Michigan ratepayers

Editor's Note: This article first appeared in The Detroit News on December 10, 2021.

Senate Bill 103 recently passed through the Legislature and is now sitting on the governor’s desk. Whitmer has an opportunity to demonstrate her commitment to reducing energy costs by vetoing this bill.

If they decline the opportunity, which is unlikely, another company could be selected. In reality, this will limit competitive pressures that would otherwise reduce prices and encourage innovation in the business of transmitting electricity.

When legislation like this is debated in government committees, you’ll often hear that transmission lines should be managed as a “natural monopoly.” That means it would be too expensive and destructive for several different companies to each build their own, separate transmission lines.

Advocates of this view claim that it makes the most sense to limit transmission line construction, operation and maintenance to a single, government-monitored company.

But it is possible for various companies to safely compete with each other to work on the same transmission lines. Research completed by the Brattle Group confirms that “subjecting more transmission investments to competition would stimulate innovation, increase the cost-effectiveness of the investments and provide greater overall benefits to customers.”

Several case studies reveal that competitive bidding could save utility customers as much as 30% over a five-year period. This isn’t a surprise. We already see similar cost reductions when we allow private companies to compete for highway construction and maintenance contracts.

Critics of open competition claim that while the transmission projects that Brattle studied might have mandated cost limits, the final prices for those projects could still rise well above those caps. Issues such as changes in the approved routes for the lines, prices for steel or other materials or environmental regulations, could cause these increases.

But to the extent that their arguments are accurate, they would affect monopoly transmission companies just as heavily as competitively bid projects.

Supporters of the bill also argued that unqualified companies, seeking to make a quick buck, could submit bids on these projects, potentially endangering Michigan residents.

But the Brattle report described the competitive bids submitted by outside firms as high-quality, accounting for key regulatory policies and aware of local weather and soil conditions. At the same time, their bids still beat out initial regional cost estimates by as much as 15%. Furthermore, the administrative costs inherent in the bidding process were typically paid by the companies submitting competitive bids.

It’s clear that supporters of this bill are not serious when they warn of the dangers of allowing outside companies to take part in these bidding processes. That’s because ITC Holdings, the Michigan-based monopoly transmission company that stands to gain the most if SB 103 is signed into law, also takes part in open competitions for transmission contracts elsewhere, including in states that allow competitive bidding.

Michigan has already benefited from competition in our electricity markets. In 2000, the Michigan Legislature passed the Customer Choice and Electric Reliability Act (Public Act 141 of 2000). Under that legislation, Michigan residents enjoyed lower electricity rates than residents of neighboring states. But after lawmakers repealed that law and the state went back to relying on monopoly electric utilities, our prices jumped back up over the average rates paid in the other Great Lakes states and above the national average.

Free markets and competition worked to reduce prices and drive innovation in Michigan’s electricity markets before. We can expect the same reductions in price and improvements in technologies again if Michigan’s transmission companies have to compete for their market share. Michigan residents should be watching to see if the governor is serious about helping keep energy affordable. If she is, she will veto Senate Bill 103.