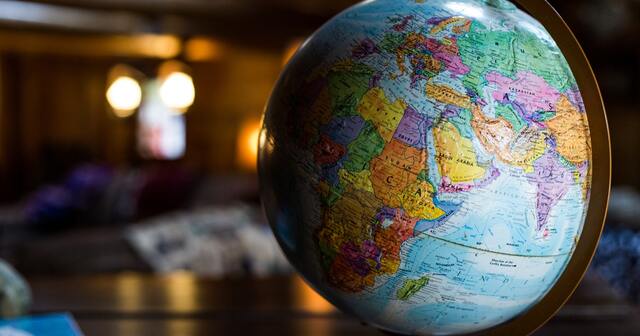 Beyond the Fight over Social Studies Standards

Informed by the interests of business groups and the need to make a living, education policy is often discussed in terms of developing a skilled and productive workforce. But another value lies more closely to the heart of public education. That's the laudable but difficult goal of developing informed and responsible citizens who will one day govern our state and nation.

Most of what we today call social studies — covering history, geography, civics and economics — aims for that goal, though the adults looking to shape those future citizens often sharply disagree on the right approach. The state's M-STEP tests Michigan public school students in social studies three times over the course of their academic careers: in fifth, eighth and 11th grade. An increasing number of the state's high school students are getting passing marks in this subject, up to nearly half in 2018.

But for many voices, the rate of testing success matters less than the specifics of what students may be tested on. Some of the basic material has broad support. Falling three legislative votes short of unanimous adoption, a 2016 Michigan law requires the 100 civics questions from the U.S. citizenship test to comprise part of the state's social studies standards. (Sadly, most adults in nearly every state can't pass that test.)

What else to include in the standards has proven more controversial. In a recent column for Reason magazine, J.D. Tuccille highlights the back-and-forth battle that even includes whether to describe the United States as a "democracy" or a "republic." With each iteration of the standards, either conservatives or progressives have expressed dissatisfaction. And that won't change if the latest proposed version is approved by the State Board of Education, as seems likely.

It's not the first time in recent history that controversy has sprung up around adopting new social studies standards. In fact, Michigan went down this road a dozen years ago.

That experience provides one of many examples of "wrenching conflict" chronicled on the Cato Institute's Public Schooling Battle Map. The map shows how a compulsory system of public schooling often inflames social disagreements over a wide range of hot-button issues rather than increase civic harmony. By their nature, the rules and laws governing public schools must be a one-size-fits-all proposition. As a result, there are high stakes attached to each decision, which is why even seemingly minor issues can create fierce debate and conflict.

One very promising approach to address the problem is, as Tuccille also suggests, giving families greater educational freedom. Contrary to what some may think, empowering more families to choose private, even religious, education options may be a less combative, more effective way of developing informed and responsible citizens.

Currently, Michigan faces a formidable constitutional obstacle that makes expanding access to private schools a difficult proposition. While providing the broadest range of educational options is an optimal approach, education leaders in the meantime should look to take advantage of the flexibility provided by the state's charter school law.

The good news is that more progress is being made on this front. Families looking for a greater emphasis on liberal arts, ancient history and the Western tradition than touted in the latest social studies standards have a new option. Opening this fall, Ivywood Classical Academy in western Wayne County will be the second Michigan affiliate of Hillsdale College's Barney Charter Schools Initiative. Like all of the state's charter schools, it can be accessed, tuition-free, for students regardless of location or background.

Bitter fights over state social studies standards can be frustrating and unproductive. The answer is to give all Michigan families greater educational choice and freedom.

Is more money the answer to learning loss in Michigan?