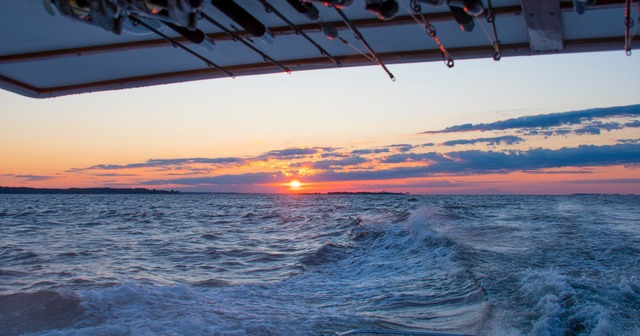 Changing economics and species composition behind the push for legislative changes

The regulation of Michigan’s commercial fisheries has become contentious and often combative, as cultural, financial and environmental pressures all compete for the attention of elected officials and state regulators.

As filter feeders, these invasive mussels have effectively cleaned the water in the Great Lakes by eating the phytoplankton that provide food for diporeia, a small shrimp-like crustacean that makes up the bulk of the lake whitefish diet. While other reasons for the decline of diporeia are also being studied, the growth of quagga and zebra mussels is thought to have played a direct role in the declining whitefish populations.

In response, the commercial fishing industry is pushing to expand the list of species they are allowed to catch to include lake trout and walleye. Doing this could help halt the demise of their rapidly dwindling industry.

Sport fishers push back, arguing that the real economic value to the state exists in recreational fishing, and that expanding the commercial catch could put sport fish species under too great a strain and risk their overall viability.

Native fishers argue that the Michigan Department of Natural Resources is using outdated management strategies that promote unequal access to fish stocks. They also report that allowing the commercial fishery to decline will negatively impact their ability to sell their catch.

The DNR responds that the state has had the health of the sport fishing industry as a primary focus since the late 1960s. They recognize that the commercial industry is a shadow of its former self and that decreasing whitefish populations play a role in that decline. But they have not clearly outlined whether other species can be safely fished by the commercial fishery. They push back against criticism, noting that it is up to the Legislature to provide the agencies with clear direction on where the state’s fishery needs to be headed.

A November 2020 report prepared by the Senate Natural Resources Committee outlines the difficulties faced in addressing the demands of each sector: “The issue of which fish are available for commercial catch is, at the same time, both the most contentious and the most critical issue between the commercial fishers and the recreational fishers and the tribes.”

Legislative options have been raised as one way to address the ongoing disagreement over the allowable commercial catch. But there is another potential avenue to avoid the clash of interests described above and that could offer commercial operators another option to continue productive work in the fisheries: aquaculture.

Michigan currently maintains a ban on private fish pens in the Great Lakes, due to the fear of harmful environmental impacts. But Ontario, one Canadian province bordering the Great Lakes, already allows aquaculture under strict international, federal and provincial regulations that aim to minimize environmental impacts. In fact, one Ontario-based fish farm has been in continuous operation since the early 1980s.

Michigan also already allows inland aquaculture operations and has established regulations to govern these businesses. In fact, those operations — trout ponds, minnow ponds and others — already make up a larger portion of the state economy than commercial fishing.

Additionally, options like integrated multitrophic aquaculture systems, which coordinate the production of fish species with other plant or shellfish species, can actually turn the waste from farmed fish into inputs to produce other native freshwater species. In these systems, native freshwater mussels could be used to filter waste products from fish pens. Once established, the mussels produced could even be used as a food crop or for other industrial purposes.

If the goal of legislation like House Bill 4790 is to extend new opportunity to commercial fishers and generate economic activity from fishing, aquaculture in the Great Lakes holds at least as high a promise as expanding the current list of species they are allowed to catch. And commercial harvests of a privately owned resources avoid the conflicts inherent in managing the Great Lakes fish population as a public resource. Furthermore, the improved technologies and the Ontario examples demonstrate that aquaculture can be carried out in the Great Lakes in a manner that protects, or even enhances, their biodiversity and without threatening wild fish stocks or other uses of the lakes.

The state’s commercial fishery is facing extreme pressures and sport fishing groups have stated their clear opposition to allowing commercial access to sport fish species, such as lake trout and walleye. But allowing an expansion of Michigan’s aquaculture industry into the Great Lakes might give struggling commercial fishing companies another option to continue earning a living and providing Michigan residents with fresh fish.