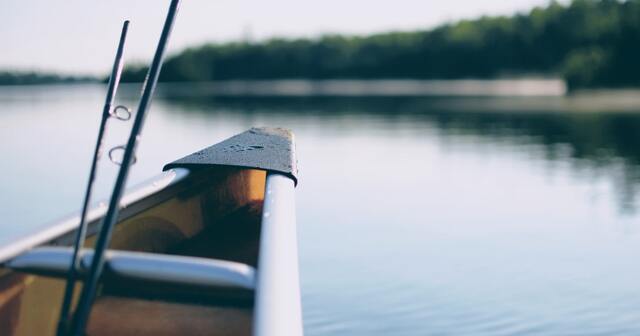 The Michigan Department of Natural Resources is responsible for managing the state’s natural resources and for balancing the interests of businesses, residents and visitors to the Great Lakes. The DNR’s recent decision to overhaul fishing regulations and delay the licenses for commercial fishers, however, appears to have tipped the scales against one interest without sufficient reason.

A 2019 report, published by the Michigan United Conservation Clubs, claims recreational fishing in Michigan generates $2.3 billion in economic activity. The hundreds of thousands of people who fish for fun and sport represent the lion’s share of fishermen and the bulk of the economic activity associated with fishing in the state. Families hitting the nearest pond or river, fly fishers casting into their favorite pool and riffle, and competitors heading out for a local walleye tournament are collectively the “big fish” in terms of economic impact. But fishing’s overall economic value is spread across a variety of groups, each of which has its own interests.

Fishing in the state also includes tribal fisherman, who claim the 1836 treaty and the 2000 Consent Decree give them primary commercial fishing rights in many areas of the Great Lakes. Information presented by the tribes to the Senate Natural Resources Committee indicates that native fisheries also have strong economic links to the state-licensed commercial fishers, who provide them a key means of accessing the market.

Large fleets of commercial fishing boats once employed thousands, helping to drive the economies of lake communities and playing a significant role in Michigan’s broader economy. But today, Michigan’s commercial fishing operations make up a very small part of the overall market. In 2018, Michigan’s commercial fishers harvested about 2.5 million pounds of fish with a total value of $4.3 million — 91% of that value was associated with whitefish. Native fisheries harvest a similar amount, having netted an additional $5 million worth of fish in 2017.

The DNR reports that there are 51 state-issued commercial fishing licenses, but that only 35 of those “are actually fished in a given year.” Media reports indicate that there are 21 non-native commercial fishing businesses in the state, and 13 of those rely solely on fishing for 100% of their income. The Michigan Fish Producers Association website lists only 18 members. The companies involved are typically family businesses that employ five to 10 people.

Professional anglers that operate charter fishing boats also make up a portion of the commercial fishery, although they are often grouped with sport fishers as they use similar gear and methods. Their exact numbers are difficult to pin down as the industrial classification system lumps them in with other boat operators as part of the Bureau of Labor Statistic’s “scenic and sightseeing transportation, water” industry. But even if all tour boats are counted as charter fishers, they would only add 222 people who collected $5.9 million in annual wages, according to the BLS.

Taken together, the professional fishing business essentially adds up to a rounding error in the state’s $537 billion economy. Put another way, the BLS reports that there are more people employed manufacturing sauces in Michigan than working as professional fishers. Despite that reality, the people employed in the commercial fishery view it as vital and argue that their traditions and generational commitments to the industry represent an important aspect of both Michigan’s economy and history.

Prior to 1969, commercial fishers targeted a wide variety of fish species. But lagging fish stocks in the lakes prompted state managers to propose heavy limits on their licenses, limiting their catch of trout, walleye and perch, and focusing them almost solely on whitefish. Commercial fishers voluntarily accepted those limits to help rebuild fish populations. But now, those species have rebounded, while changes in the lake ecosystem have led to declines in whitefish recruitment levels and dwindling overall catches for commercial fishers.

Commercial fishers argue that they should be allowed to once again access a limited portion of the walleye and lake trout catch, as are commercial fishers in other Great Lakes states and provinces. They also point out that these species often end up in commercial fishing nets already — a process called bycatch — where a nontarget fish is accidentally caught and released. Unfortunately, many of these fish, especially lake trout, die in the process. Commercial fishers say that allowing them to keep and sell these fish would improve their financial outlook and help reduce unnecessary waste.

Recreational fishers argue that it isn’t possible to predict the impact of expanding commercial fishing as proposed and worry that it could decimate the populations of fish they catch. They also point out that funds from recreational fishing licenses go to fund sport fish management across the state. In Michigan, as in most other states, the proceeds from the sale of hunting and fishing licenses are used for a variety of habitat enhancement, land conservation, water quality management and the restocking of streams and lakes with sport fish species. Commercial license fees are used, in part, to pay for government monitoring and to regulate the commercial catch. So sport fishers claim that opening sport fish species up to the commercial catch would mean their license fees were effectively subsidizing commercial fishing.

But a November 2020 report from the Michigan Senate Natural Resources Committee adds a twist to this issue. It notes that federal tax dollars, not state fishing license fees, have covered the majority of costs associated with lake trout restocking programs in the Great Lakes. Since the late 1970s, federal funds have been used to stock Lake Michigan and Lake Huron with more than 113 million lake trout. The report also provides some support for the commercial fishing viewpoint by pointing out that Wisconsin, Minnesota and Ontario all currently allow limited commercial harvests of lake trout.

Competing bills were put forward in the past two legislative sessions to change commercial fishing regulations and address the demands of the various stakeholders. One bill package limited the fish species being caught, while another expanded them. Both bills raised commercial license fees — an issue that commercial fishers were reported to recognize as necessary. Both added increased fines and penalties for infractions, with payments continuing to be deposited into the Game and Fish Protection Fund to cover expenses for DNR management, research and enforcement activities.

In 2019 and 2020, the first bill package — House bills 4567-4569 — attempted to make it illegal for commercial fishers to harvest certain species, like lake trout, walleye and perch, by designating them as “game fish.” The bills would have also increased commercial fishing license fees, increased fines and penalties for violations and required fishers to report the GPS locations of their nets to state managers.

House Bill 4790 (Senate Bill 389) presented a contrary option by allowing commercial fishers to take up to 10% of the total harvest quotas for lake trout and 20% of the walleye. The bill also pushed to increase commercial fishing license fees and impose fines for abandoned, unattended or lost and unreported fishing gear.

Both sets of these bills stalled out in committee. But concerns over changing regulations, delayed commercial license renewals and the complex and conflicting positions of the various interests in the debate are sparking litigation and renewed calls for legislative fixes in the 2021 legislative session.

It is clear that the sport fishery plays a much larger role in the state’s economy than the commercial fishery. But that does not translate easily into an excuse to regulate the commercial fishing out of existence. The DNR and state legislators need to work together to make a clear, transparent and data-supported determination of whether commercial fishing can be extended to include walleye and lake trout without harming overall sport fish populations. If it can, commercial fishers should be allowed access to these species as well, as they are in other Great Lakes states and provinces.