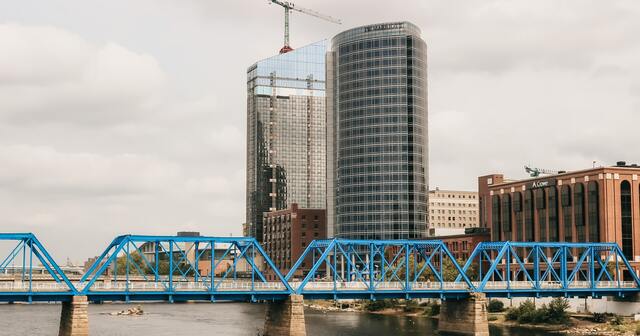 How are local governments trying to tax people who neither live nor work in their limits?

What's a city official to do when a pandemic slams tax revenue? In our home states of Michigan and Ohio, state and local leaders have an odd — and unconstitutional — answer. They want cities to tax people who neither live nor work within their limits.

Lawmakers are reacting to the work-from-home phenomenon brought on by COVID-19. When the pandemic hit, government officials issued shutdown orders for most businesses. Millions of workers found themselves sitting at the kitchen table or in their home office instead of at their office desk in the big city. Yet cities count on those workers to balance their budgets. When they work within city limits, employees can be taxed, but when they work from home in the next town over, their income is off-limits — or at least, it should be.

Take Grand Rapids, in western Michigan. The city levies a 0.75 percent tax on income earned by nonresidents, who normally account for about 45 percent of the city’s income-tax collections. But according to Grand Rapids’ income-tax administrator, about 80 percent of nonresidents who have filed 2020 taxes have asked for a refund on work-from-home grounds. Now the city is looking at about $20 million less in income-tax revenue for 2020.

In cities such as Detroit, where the nonresident tax is the highest in the state at 1.2 percent, the damage could be much bigger. Despite work-from-home orders, some companies have continued to withhold taxes for workers who shouldn’t be paying them, potentially with approval from local officials. This directly violates Michigan’s tax law.

Two dozen municipalities — backed by the Michigan Municipal League — have asked the Michigan legislature to let them continue harvesting money from people beyond their borders. Yet no Michigander would support a law that let Indiana or Illinois tax individuals living in Michigan, so why should Detroit be able to dip into the paychecks of people who live and work in Flint? The answer is simple: It shouldn’t.

Unfortunately, this unjust taxation is currently happening in Ohio. Last year, the General Assembly passed a sweeping pandemic-response bill that classified work done at home as work done in the office, which is often located in higher-taxing cities. Since then, Ohio’s more than 600 local governments with income taxes have continued to take money from workers, many of whom have not set foot within the city for work in months, if not more than a year.

According to one Ohio report, nonresidents pay nearly 70 percent of city income taxes in the state. Yet these workers have no way to change local taxing laws, because they don’t live, and therefore can’t vote, in the cities taxing them. It is a modern-day version of taxation without representation.

The Buckeye Institute is currently representing workers in four lawsuits to reverse Ohio’s emergency-based local income-tax system. The cases point out that the U.S. Constitution’s due-process clause allows governments to impose income tax only on their residents, or on nonresidents for work performed within the local government’s borders. Additionally, Ohio courts have held that a tax must bear some “fiscal relation” to the benefits or services provided by the local government. For the past year, employees working from home have not availed themselves of city services, thus severing that fiscal relation.

Our states aren’t the only ones fighting such ham-fisted tax grabs. New Hampshire has filed a lawsuit with the U.S. Supreme Court challenging a Massachusetts law requiring out-of-state workers to continue paying state income taxes while working from home. While the justification for these policies may disappear as the pandemic recedes, many businesses are considering letting their teams work from home on a regular or even permanent basis. As such, more states and cities are likely to try taxing nonresidents in the months ahead.

State and local governments must find better solutions to fund city services in a world where telework is increasingly popular. In the short term, they can tap into the more than $130 billion in city and county funding offered in the latest federal stimulus bill. Indeed, one of the bill’s primary objectives was to help state and local governments with the fiscal challenges brought on by the pandemic. In the long run, they could limit spending or cut taxes, the better to draw companies and workers into their jurisdiction.

There are many good options. An unconstitutional tax on nonresidents isn’t one of them.