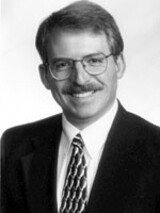 Samuel R. Staley, Ph. D., is director of the urban futures program for the Reason Public Policy Institute, a research and educational organization based in Los Angeles, California. He is also an adjunct scholar with the Mackinac Center for Public Policy.

Staley is the author of two books and more than three dozen articles, studies, and reports on urban development issues and policy. His work has appeared in professional journals such as the Journal of the American Planning Association, Economics of Education Review, and Planning and Development, as well as the popular press including the Wall Street Journal, the Detroit Free Press, The Detroit News, the Houston Chronicle, Newsday, the Chicago Tribune, and dozens of other newspapers across the country.

His Mackinac Center Viewpoints on suburban development and farmland preservation in Michigan have been widely reprinted in newspapers throughout the state.

Church's Campaign Against Sprawl May Do More Harm Than Good