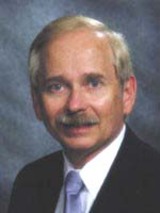 President Ronald Reagan appointed Hunter to the National Labor Relations Board in 1981, where he adjudicated more than 3000 labor law cases. He served as Chief Counsel to the U. S. Senate Committee on Labor and Human Resources in 1981. He also served as the chief legislative staffer for U. S. Senators Robert Taft Jr. and Orrin Hatch.

In December 1996, Hunter was appointed by Governor John Engler to the Michigan Civil Service Commission, which has plenary constitutional authority to create and operate the state employment system.

Hunter authored numerous articles for prestigious publications such as Michigan's Wayne Law Review and prepared and delivered over 200 speeches and lectures to national audiences on vital labor issues.

Hunter was a former faculty member of the Johns Hopkins University Graduate Business School and has served as labor policy advisor to the U. S. Chamber of Commerce, the Society for Human Resource Management, and other organizations.

Hunter was admitted to practice before the U. S. Supreme Court and belonged to several state bar associations. He received his law degree from Vanderbilt University Law School and master of laws degree in labor law from the New York University School of Law.

Paycheck Protection:  A Matter of Fairness