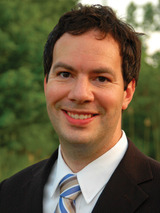 Dan Armstrong was the director of marketing & communications at the Mackinac Center from 2012 to 2015.

Before joining the Mackinac Center, he spent ten years in broadcast television reporting and anchoring news stories. His TV career began in the Upper Peninsula city of Escanaba, then continued in Clio, serving at NBC stations.

He earned a bachelor’s degree in Radio and Television Broadcasting from Bob Jones University and a master’s degree in Journalism from Regent University.

Which is Better: Finding Fault or Providing Help?

Praise for REI and Also Retailers Open On Black Friday

We Remember What People Did Kindly and Freely