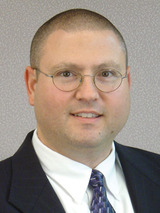 From 1998 to 2002, O’Neil was district director for the office of state Sen. Bill Schuette. From 2002 to 2004, O’Neil served a term on the Midland County Board of Commissioners. He also spent nine years as a reporter and copy editor with the Midland Daily News.

O’Neil holds a bachelor’s degree in journalism from Michigan State University. His freelance work has appeared in Michigan History Magazine and includes writing for high school textbooks and corporate technical publications. He also has worked as a substitute teacher in several public schools.

O’Neil and his wife, Ginny, reside in Midland, Mich., with their two children.