MEA will go after 8,000 teachers not paying dues 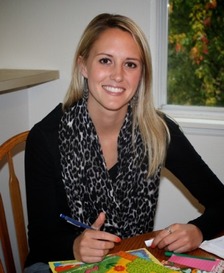 A Coopersville kindergarten teacher who resigned from the Michigan Education Association under the state's worker freedom law says she is glad her ordeal is over, but is concerned for her colleagues, according to a story in The Grand Rapids Press.

"I am very thankful that the MEA has finally recognized my right to opt out, but my settlement doesn't bring justice to the thousands of other teachers in my position in West Michigan and across the state of Michigan," Miriam Chanski, who along with Petoskey teacher Ray Arthur is now free from the MEA, told The Press.

"This is not an isolated case," she said. "I've heard from many teachers in the state whose circumstances did not allow them to make a public stand."

The Mackinac Center Legal Foundation last fall filed unfair labor practice complaints against the MEA on behalf of Chanski, Arthur and several other teachers at the Michigan Employment Relations Commission. The teachers believed they were being bullied by the union for attempting to exercise their rights under Michigan's right-to-work law, and were told that if they did not pay their dues they would be turned over to a collections agency.

"My credit is safe and my rights were honored. The threat definitely caused a lot of stress in my life," Chanski told The Press.

During a hearing at MERC regarding complaints filed by another teacher, the MEA admitted that about 8,000 teachers statewide have so far have refused to pay their forced union dues in cash or give the union credit card or bank account information as part of its "e-dues" system. The MEA also said it has created a policy to go after those teachers.

"The MEA does not bully or intimidate its members," MEA Communications Director Nancy Knight told The Press.