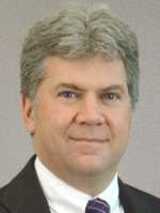 Thomas W. Washburne was director of labor policy for the Mackinac Center for Public Policy from 2005 to 2007. In the 10 years prior to his joining the Center, Washburne worked in Washington, D.C., serving at different times as counsel and chief of staff for two members of Congress and as director of the National Center for Home Education, where he managed research projects, media and federal government relations. Washburne's numerous articles and Op-Eds have appeared in a variety of newspapers, including The Detroit News, The Washington Times and the Lansing State Journal.

From 1998 to 2000, Washburne was an Abraham Lincoln Fellow in Constitutional Government at the Claremont Institute (a nonresident position). He has also served as a federal law clerk for the U.S. District Court in Indianapolis, as an adjunct instructor at Patrick Henry College, as an instructor at Vincennes University and as a regular guest lecturer at Indiana University and the Defense Department's National Defense University. He has practiced law privately, and he is licensed in both Michigan and Indiana.

Washburne holds a bachelor’s degree in engineering from Purdue University and a law degree from Indiana University.

Your Getting Rich Costs Me Nothing

Elected School Boards or Unions: Who Rules the Roost?

The Failure of Government Intervention: Buy Union this Christmas

The AFL-CIO Picks the U.N. Over the Constitution