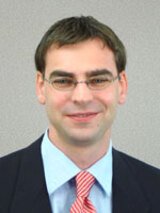 Ryan S. Olson, D.Phil., was director of education policy at the Mackinac Center for Public Policy in Midland, Mich. for three years ending in 2008, and is currently a program director for a private philanthropic foundation.

Olson is lead coauthor of “A Michigan School Money Primer,” a 180-page overview of the Michigan school finance system. The book has won acclaim from school administrators, journalists and analysts around the state. His education policy commentaries, analyses and projects have been featured in USA Today, the Chicago Tribune, the Detroit Free Press, The Detroit News and numerous other Michigan newspapers, as well as on Michigan Public Television, Detroit’s WJR 760 AM, Michigan Radio and National Public Radio.

Olson received his doctorate in classical languages and literature from Oxford University in 2007. A product of Michigan elementary and secondary public schools, he earned a master’s degree from Oxford in Oriental studies and graduate degrees from Regent College in Vancouver and Durham University in the United Kingdom. He received his B.A. from North Park University.

In addition to his extensive studies, Olson has taught English composition at a private college in Michigan, tutored students in the humanities and classical Greek, and taught Roman history classes.

Jen and the art of education

Jen and the Art of Education

Rally for the Classroom, Not the Budget Process