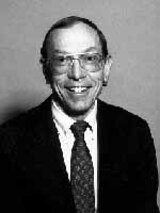 The late Dr. Dale Haywood served on the Mackinac Center for Public Policy Board of Scholars from 1988 until his death on Sept. 5, 2006.

Elements of his distinguished academic and professional career appear below.

Articles - in various national publications such as The Freeman, Vital Speeches, and Association of Private Enterprise Education

Received the Faculty Excellence Award from Northwood University, 1981 and 1993