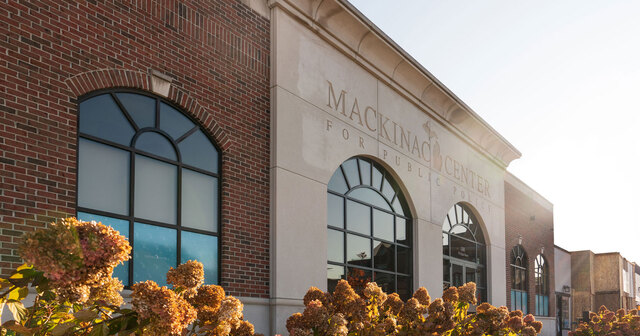 About Legal Action Against

A statement from the Mackinac Center

Policymakers responding to the serious health concerns posed by COVID-19 are still obliged to operate within the bounds of our American system of government. This is why the Mackinac Center filed a lawsuit against Gov. Gretchen Whitmer, challenging the governor’s expansive use of emergency powers. The successful lawsuit involved two claims. The first was that the governor illegally issued executive orders without the legislative approval required by a 1976 law. The second was that the governor violated the separation of powers doctrine through inappropriately using a law from 1945. The court agreed with both claims and ruled that the governor violated state law and the Michigan Constitution.

Rather than heed the court’s call to work with the Legislature through the constitutional lawmaking process, Gov. Whitmer has instead chosen to rely on other mechanisms to maintain unilateral control over the state’s response to COVID-19. The governor simply shifted to using epidemic powers granted in statute to the director of the state health department. Through them, she reestablished most of the mandates that were in her (now invalidated) executive orders.

While we think the governor is wrong in refusing to work with the people’s representatives in the Legislature, we know that legal challenges to these actions require extensive and delicate consideration of the scope of the administrative state. The language in the public health code is nondescript and broad, which means it could be used to justify a wide range of actions by the department. Further, while the new orders are more extensive than anything a department has tried before, previous, but more limited, uses of similar powers have generally been approved of by courts in the past.

But the governor's action through administrative agencies highlights an important problem that the Mackinac Center has warned about for decades: The administrative state has unchecked powers. Unaccountable bureaucrats are defining what constitutes criminal behavior in Michigan, and they appear poised to do so for an indefinite period. This runs up against fundamental principles of our system of government and must end. The Mackinac Center will continue to seek legal means to constrain this use of administrative power. Some lawsuits against these epidemic orders have been filed by other groups, two coming from private schools and one from a chiropractor's office.

Regardless of whether these or other legal challenges succeed, these powers need clear guardrails and limitations, and the people of this state must be empowered to hold state officials accountable for their actions. Our legal team has been weighing our ongoing concerns over the abuse of administrative power and will continue to explore and pursue, if necessary, appropriate legal action to ensure that the Whitmer administration is not violating the rights of Michiganders.