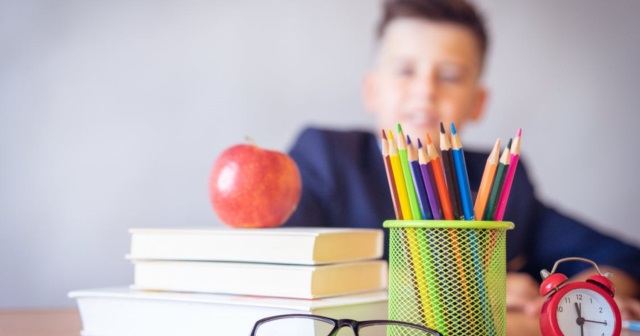 Nearly everything you read is wrong

Michigan Education Association president Paula Herbart wrote an op-ed about what “Trump and DeVos” are “doing” to some public schools which will make them “suffer … even more.” It badly misses the mark, has a lot of factual errors, and by not putting things in proper context, gets a lot of things wrong.

Herbart is writing about the administration’s support of a $5 billion federal tax credit, known as Education Freedom Scholarships, currently proposed in Congress. The policy would not divert any existing funds designated for schools. Instead, it would create a new revenue stream of donations that students in participating states could use for a variety of educational purposes, including private school tuition.

… from our public schools to failed voucher schemes …

The bulk of the evidence shows that vouchers and other private school choice programs lead to better educational results, especially for low-income students. Even those few studies finding mixed or slightly negative results for vouchers would be hard-pressed to call them a “failure.”

Rich families already have school choice – they can afford private tuition or to move to a better school district. Families who can afford neither don’t have school choice, which is why vouchers or tax credits are so valuable for them. It is strange to refer to low-income families looking for better opportunities for their children as “wealthy special interests.”

With DeVos’ full support, for-profit charter schools continue raking in cash on the backs of our kids and taxpayers.

In Michigan, all charter schools are nonprofit organizations, though some hire for-profit management companies. Charter schools, by the way, receive substantially fewer dollars to educate kids than traditional public schools, even while serving a far higher percentage of low-income students.

This is nothing short of highway robbery as Michigan’s dedicated public educators continue doing more with less to help all students succeed.

No charter can survive without parents taking the foundation allowance dedicated to their child somewhere else. It is strange to call this “highway robbery,” especially since teachers who work there are also public educators.

For-profit charters operate in a Wild West environment where anything goes and profit — not student achievement — is Priority No. 1.

In Michigan, charter schools face the same regulations as conventional public schools – and then some. That’s why dozens of charter schools here have been closed for poor performance while zero traditional public schools have been. A school operating in an environment of parental choice does not last very long if it doesn’t care about student achievement and other factors parents care about.

With DeVos at the helm, the U.S. Department of Education each year blindly hands out more than $400 million for the creation of new or expanded charter schools with zero guarantee of quality, accountability or transparency in the communities where they operate.

Zero accountability? Only if the parents don’t care at all about the school they are choosing for their kids, which is an odd thing to say because, well, if don’t care, why would you bother to seek out another option? And given the record of residentially assigned public schools, it is extremely hard to argue that they provide a “guarantee of quality, accountability and transparency.”

According to a 2019 report, about $1 billion in taxpayer dollars have been wasted on more than 1,000 charter schools that never opened, or opened and then closed because of mismanagement or other reasons. This trend has continued under DeVos’ watch, who has a long history of support for the for-profit charter industry, especially in her home state of Michigan.

The report Herbart cites greatly overstated the number of charter schools took federal money but never opened; naturally, it also overstated the amount of money involved. A tiny percentage of charter schools (1.7%) in a program that has been around for decades have closed, typically because of poor performance. That’s a good thing. Better to close a poorly performing school than waste money by continuing to support it — the pattern for many schools run by local districts.

The Trump administration continues punishing neighborhood public schools, which 90% of American students attend, as well as the tireless educators responsible for developing the leaders of tomorrow.

Education spending has risen every year of the Trump administration and no significant new regulations have arisen to punish traditional public schools. And 18% of students attend a private or charter school, not 10%.

Prior to Tuesday’s State of the Union address, DeVos, in concert with President Trump, proposed a massive $9 billion cut to public school funding, aiming to divert money to vouchers programs to support private schools.

The proposed federal education budget shows a $4 billion cut, not $9 billion. And voucher programs only “divert money” if parents don’t choose traditional public schools. Herbart does not seem to think much of the unionized public school system’s ability to compete.

To reverse this disastrous trend, for-profit charters must be held accountable to the same transparency and quality standards that apply to traditional public schools. Charter authorizers and operators should be required to comply with the same open meetings and public records laws, civil rights rules and health and safety code compliance regulations. Staff in for-profit charters should be held to the same licensure and qualifications requirements as teachers in our neighborhood public schools.

In Michigan, they are. A fact that the head of a union focused on Michigan schools should know.

We must require for-profit charters to demonstrate the accountability and transparency they owe Michigan students and taxpayers — and prioritize student achievement ahead of financial gain. Our students deserve nothing less.

Private schools and charter schools are very accountable to parents. After all, if they aren’t they don’t survive long.

In sum, the president of Michigan’s largest teachers union wrote a whole piece arguing that no parent should have a choice in educational options – their child should be stuck with only one local school options. It’s silly to argue that everyone else in the world of schooling is trying to avoid accountability.