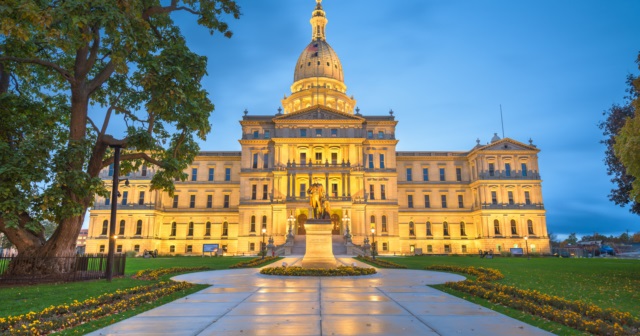 A Mandate for Legislative Action

Gov. Gretchen Whitmer appeared caught in a political pickle. In the spring, she seized unilateral control of Michigan’s policy response to COVID-19, effectively blocking all legislative initiative. The Michigan Supreme Court rebuked this approach and told the governor to work with the Legislature. But she simply pivoted to using other administrative powers and has remained in complete control of the entire state.

But with COVID cases starting to rise under her command, Gov. Whitmer has boldly blamed lawmakers and the court. This is especially perplexing given that very little policy has changed in practice since the court’s decision. Rather than admit her approach may not be effective, the governor blames others. She assumes her policies work, and if the data suggest otherwise, she assumes it’s because people are not complying with her confusing and ever-changing mandates.

The Michigan Legislature now has a critical turn at the plate. House Republicans have released a proposal which sets metrics and tells local health officials to enact mandates if cases and hospitalizations rise too much in their area. But it has not been taken up yet, and it’s not clear what the Senate will try to accomplish before the end of the lame duck session.

Yet, now – not later – is the time for the Legislature to move forward with legislation that has a different approach to the state’s pandemic response. Not doing so effectively hands the job over to unelected bureaucrats, silently condoning the governor’s use of the administrative state.

This is an opportunity for the Legislature to put bills on the governor’s desk that contrast her unilaterally devised plans with ones that reflect the interests of the people it represents. An easy first step would be to eliminate government red tape that makes it harder to handle COVID-19.

Lawmakers should send bills to the governor that suspend “certificate of need” and “scope of practice” regulations, which would allow hospitals to rapidly expand care capacities and the capabilities of trained health care professionals. Gov. Whitmer issued emergency executive orders to this effect in March; it’s time to put them into statute. Lawmakers should also codify safety practices for businesses rather than leaving these up to bureaucrats.

While the governor could veto any plan she didn’t like, legislative action is still needed and meaningful. Gov. Whitmer’s emergency governing has been inconsistent, nontransparent and seemingly arbitrary at times. The Legislature, by contrast, should publish a plan that is consistent, thoroughly explained and easy to understand.

In other words, the Legislature should model its preferred method of governing during this serious public health crisis. The lack of legislative alternatives only emboldens the governor’s approach, which relies entirely on unaccountable bureaucrats and criminally enforced rules.

These are five minimum standards for model governance: