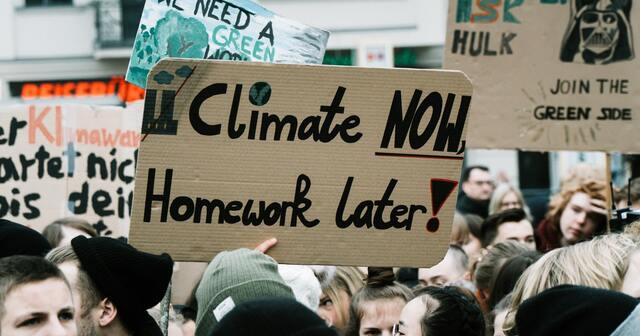 Personal responsibility will do more for the climate than striking

Editor's Note: This article first appeared in The Hill on September 19, 2019.

A collective of influential green groups and corporations is supporting a campaign for a global climate strike from Sept. 20-27. The strike pushes young people to walk out of schools and workplaces to protest the energy sources that keep us alive and thriving. That many people are concerned about the global climate is obvious, but how will encouraging them to abandon their jobs or schools for a day or two, or seven, reduce greenhouse gas emissions?

The campaign website — globalclimatestrike.net — tells people they must “demand an end to the age of fossil fuels.” But, in the United States, we rely on these fuels for over 80 percent of the energy we use to provide basic necessities such as food, clean water, heating and air conditioning, medicine, transportation and so much more.

To make things worse, the energy sources offered up as replacements for fossil fuels — typically wind and solar — couldn’t even exist without fossil fuels. Natural gas, oil and coal are needed to mine, refine, process and ship the metals, rare earth minerals, silicone, plastics and various chemicals that go into renewables. Without steel, there are no towers to hold up wind turbines. Without rare earths, there are no solar panels. Adding to this conundrum is the fact that wind and solar cannot provide reliable power. They are intermittent, meaning they must be propped up by more reliable energy sources, such as natural gas.

A group of environmental policy experts has put together MyClimatePledge.com as our response, because we’d like to challenge climate strikers and to help them appreciate that striking won’t be enough.

Don’t get us wrong; we’re convinced that the climate strikers are serious. But we also recognize that before anyone can ask others to radically reduce CO2 emissions, they need to show how easy it is to cut their own emissions. The climate strike website claims that millions are expected to join the movement, so we suggest they commit to reducing just 1 million pounds of CO2 — that’s less than one pound per striker.

As a start, the strikers and the groups supporting them could lead with any— or all — of these actions:

These are only a few options, and we have more options and information for strikers to choose from. A million pounds of CO2 cut from a million or more dedicated strikers. That’s not asking all that much, is it?