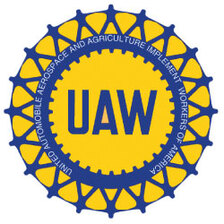 The UAW claimed a 25 percent dues hike was needed to bolster its “Strike Defense Fund.”

(Editor’s note: This commentary originally appeared in The Detroit News on Sept. 25, 2014.)

At the United Auto Workers’ 36th Constitutional Convention in June, delegates voted to hike the membership dues rate for the first time since 1967. The 25 percent increase is expected to bring in an extra $45 million annually.

The UAW claims that this money is needed to bolster its “Strike and Defense Fund” in preparation for 2015 contract negotiations including with Detroit’s Big Three automakers. This dues hike, however, may be unnecessary and won’t be fully used for funding strikes. At the same convention, delegates also voted to allow their leadership to siphon $60 million from the strike fund over the next four years.

Selling the dues hike as gathering funds for an “emergency” allows union leadership to cloud the issue to workers while using the money for whatever they wish.

Delegates argued in favor of the hike by saying that the UAW has not altered its dues formula for nearly 50 years. The union’s dues, however, are tied to hourly wages. Each time workers receive a raise, dues go up accordingly. The new dues rate is two and a half hours of pay per month, compared to the previous rate of two hours per month.

The union’s website says the purpose of the fund is to “lessen the financial burden on striking UAW members and their families,” but the current fund is sufficient for this purpose. A serious look at the numbers calls the union leadership’s cry for more funds into question.

Calculating figures from the UAW’s 2014 Report of the Secretary-Treasurer, dividing the strike fund balance by the amount of dues-paying members shows that the fund contained $1,638 per member in 2013. This number is in line with the fund totals for most of the past three decades. For the last 30 years, the fund has contained an average of $1,583 per member when adjusted for inflation.

Prior to 1980, the amount per member in the strike fund was much lower. Over the last 57 years, the average balance of the strike fund per dues-paying member was only $836 in 2013 dollars.

The chances of every single member striking at the same time, however, are ridiculously small. As well, large strikes are relatively uncommon and usually don’t last very long. According to the Department of Labor, only about seven out of the 69 strikes in the last five years that involved more than 1,000 employees lasted longer than a month.

The last time the UAW called a major strike against one of the Big Three was against General Motors in 2007, and it only lasted two days. So if the fund is as healthy as ever, and strikes are so rare, why did the UAW insist a dues hike was needed?

The answer has less to do with work stoppages and more to do with politics. In recent years, the strike fund has become more of a slush fund. UAW executives raided it to pay for attempts to organize more employees under the union banner. Since 2006, union leadership has obtained permission to reallocate $330 million from the strike fund for other purposes such as organizing. In 2011, then-UAW President Bob King claimed on the cusp of an organization campaign that the union had “pretty deep pockets in terms of what we’re willing to spend.” A mere three years later, he told reporters, “We’re at the point where we don’t think [taking money from the strike fund is] the wisest decision.”

Selling the dues hike as gathering funds for an “emergency” allows union leadership to cloud the issue to workers while using the money for whatever they wish.

For the thousands of UAW members who live in Michigan and Indiana and enjoy right-to-work protections, there is a silver lining to this hike. Once UAW contracts expire, the union can no longer get workers fired for refusing to pay them. These workers will finally have the chance to decide if financially supporting the UAW is the best use of their hard earned paychecks — and this unnecessary dues increase may be the last straw that convinces many workers to decide it is not.

Nathan Lehman was a summer 2014 labor policy intern and F. Vincent Vernuccio is the director of labor policy at the Mackinac Center for Public Policy, a research and educational institute headquartered in Midland, Mich.  Permission to reprint in whole or in part is hereby granted, provided that the authors and the Center are properly cited.