Can Detroit’s Problems Be Corrected by an Emergency Financial Manager? 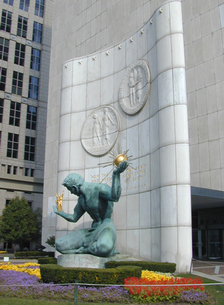 The city of Detroit is facing a looming financial crisis.

Michigan Public Act 72 of 1990, as amended, provides for the appointment of an Emergency Financial Manager if it is determined that a serious financial problem exists in a municipality or school district. The appointment of an EFM for the city of Detroit is often discussed as a possible solution for dealing with the city’s continual mismanagement and financial mess.

If it were ever determined by the state that an EFM should be appointed for the city of Detroit, under current law the EFM would not have all of the necessary tools to be successful. There are four major problems that would have to be resolved by amending Act 72 prior to the appointment of an EFM.

Making changes to Act 72 would be essential for an EFM to have the necessary tools to deal with the city of Detroit’s management and fiscal problems.

The changes needed are as follows:

Making the above changes to Act 72 would be essential for an EFM to have the necessary tools to deal with the city of Detroit’s management and fiscal problems.

If Michigan is sincerely interested in keeping and attracting new business it needs to face rather than ignore the issue of the state’s excessively high, non-competitive municipal labor costs. High labor costs for municipalities result in high municipal taxes, which in turn make municipalities unattractive and create major fiscal problems.

Michigan needs to remove the shackles preventing the purchase of municipal services at the lowest cost — not only for the few municipalities that fall into the position of having an EFM – but for all Michigan municipalities. Repealing Act 312 would be a giant step in the right direction.

Louis Schimmel is an emergency financial manager in charge of labor negotiations for the city of Hamtramck and an adjunct scholar at the Mackinac Center for Public Policy, a research and educational institute headquartered in Midland, Michigan. Permission to reprint in whole or in part is hereby granted, provided the author and his affiliation are cited.