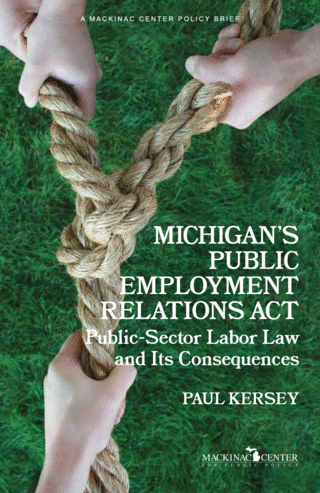 The Michigan Public Employment Relations Act, which governs collective bargaining between local governments and their employees, is simultaneously among the most important and least-discussed laws ever passed by the Michigan Legislature. Because the work of public employees is the work of government, PERA affects nearly every aspect of local government operations.

PERA was based on the National Labor Relations Act, a law that was designed for private, for-profit employers. The NLRA has not always worked well in the private sector; applying the structure of the NLRA to government has created even more complications:

The government employee unions created by PERA may be the single largest obstacle to restoring the state’s prosperity. Collective bargaining for government employees is not an inalienable right, and its practice in Michigan has added billions of dollars to the cost of government. The repeal or restructuring of PERA could resolve the state’s chronic fiscal crisis. PERA is long overdue for a thorough re-examination, leading to the rewriting or repeal of the law.