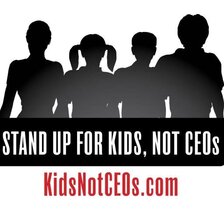 The Michigan Education Association has unveiled a new website that uses misleading information to try to make the case for more education funding.

Education spending is becoming an increasingly central issue to this year's gubernatorial campaign, and as a result, misinformation is rampant.

Under the catchphrase, "Kids Not CEOs," the MEA alleges that millions have been cut from public school budgets. But this allegation is not based on fact. The MEA's website ignores billions of dollars provided by state taxpayers to support public schools.

Unfortunately, the MEA is manipulating the misperception that the state foundation allowance is the total amount of money districts receive from state and local sources for educating a child.

The "Kids Not CEOs" website only considers foundation allowance money. In reality, state taxpayers provide more than $2 billion per year in additional funding. This money pays for special education costs, support for at-risk students and teacher retirement costs, among other things.

The MEA's latest effort to peddle this misinformation is not a new tactic. Michigan Capitol Confidential, the Detroit Free Press and other media outlets spent a good amount of time earlier this year fact-checking attempts by Democratic gubernatorial candidate Mark Schauer, the MEA, and some school officials claiming that school funding cuts had occurred — when they had, in fact, not.

Paul Egan, from the Detroit Free Press, called attempts like the MEA's to characterize education funding "a false accusation."

"There has been an increase in the last few years, that's true...," David Arsen, a Michigan State University professor, who often is cited by the MEA, told the Michigan State Board of Education. "I've seen a commercial ... [The commercial claims] 'the governor cut a billion dollars from school funding.' Well, that's not quite right."

And yet, some continue to push the incorrect — and frequently corrected — narrative that school spending has declined.

The latest misinformation gaffe comes from MEA President Steve Cook, who recently took to the pages of The Detroit News to advertise the "Kids Not CEOs" website, saying that the Wayne-Westland school district lost $40 million in state funding in recent years.

But the people actually running the Wayne-Westland school district begged to differ. In fact, Wayne-Westland officials said that if state payments for teacher retirement costs are included, state funding for the district has increased.

The MEA is running a cynical campaign for increased education spending. Rather than argue that increased spending will result in better outcomes for Michigan children — an argument the organization likely knows it will lose on merits — the MEA is pushing misinformation.

The Michigan Senate Fiscal Agency, the Detroit Free Press, MLive, and the very school district the MEA president attempted to use as a cornerstone of his commentary, all agree: Total state funding for schools has increased.

The MEA should respect the intelligence of Michigan voters enough to shift to a fact-based campaign.