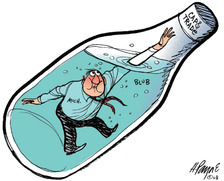 Defeated last June in the U.S. Senate, "America’s Climate Security Act" (S. 2191), introduced by Sens. Joe Lieberman I-CT and John Warner R-VA, would have penalized companies that emit greenhouse gases. Called a "cap-and-trade" program, the bill was basically a tax on the fossil fuels that currently provide about 85 percent of America’s energy.

According to Senate testimony by Charles River Associates International, S. 2191 would have cost up to $6 trillion nationally over 40 years. CRAI also estimates that up to 3.4 million jobs may disappear by 2020 if such "global warming" regulations are enacted.

The economic cost of a cap-and-trade bill would hit Michigan especially hard. The increase in energy costs would compound the loss of manufacturing jobs in the state and reduce the disposable income of Michigan residents.

A study of S. 2191 conducted by the American Council for Capital Formation found that "Michigan would lose 37,400 to 56,260 jobs in 2020 and 91,490 to 121,786 jobs in 2030." The job loss was attributed to "lower industrial output due to higher energy prices" and "greater competition from overseas manufacturers with lower energy costs." In other words, multinational corporations would avoid the compliance costs of regulations by exporting jobs out of Michigan and the United States altogether. The auto industry, already burdened with job cuts and a downturn in the economy, would be severely challenged to comply with the consequences of global warming regulations.

The impact on utility rates was recently quantified by Duke Energy — a major supplier of electricity to Midwestern states such as Indiana and Ohio. Duke Energy’s analysis of S. 2191 "estimated its customers’ power bills could increase by up to 53 percent when the legislation [becomes] effective in 2012." ACCF also found that electricity prices in Michigan would increase by 126 percent to 177 percent.

High energy prices disproportionately harm low- and fixed-income consumers. A report by the nonpartisan Congressional Budget Office on cap-and-trade states that, "most of the cost of meeting a cap on CO2 emissions would be borne by consumers, who would face persistently higher prices for products such as electricity and gasoline … [P]oorer households would bear a larger burden relative to their income than wealthier households would."

Sen. Lieberman, an official elected to represent the needs of his constituents, admits "it’s hard to imagine" how industry and power companies would meet the demands of S. 2191. Clearly, by introducing the bill, he’s also admitting he’s not concerned about the economic consequences of his "feel good" global warming directive.

Affordable, plentiful and reliable energy is the foundation of our economy. Rising energy costs will lower the standard of living in the United States and for the residents of Michigan who are already experiencing economic hardship. Given these dire consequences, we shouldn’t surrender our freedom and livelihood to unsubstantiated theories about climate change. Let’s leave the "Go Green" chant to the confines of Michigan State University’s Spartan Stadium. 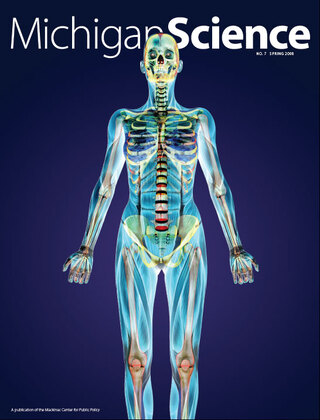