Weight of the Evidence

The Facts About Obesity 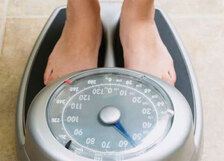 More than 25 percent of Michigan residents — and 135 million Americans overall — are overweight, according to the U.S. Centers for Disease Control.[1] Even our dogs and cats are fat.[2] Blame is commonly placed on fast food restaurants, trans fatty acids, TV commercials and high fructose corn syrup. But there’s more hype than science in these and other standard excuses.

Obesity is commonly ranked second to smoking as a "modifiable risk factor"[3] for ailments such as Type 2 diabetes, heart disease, arthritis, gallstones, high blood pressure and some cancers. At one time, the CDC claimed that obesity kills 400,000 Americans annually. But the agency, in 2005, adjusted the estimate downward by 94 percent, to 26,000 deaths annually.[4]

America is hardly alone in having a plump population; the World Health Organization reports that nearly 530 million European adults are overweight or obese.[5] Even the world’s capitol of haute cuisine has a big problem: Some 42 percent of French adults are now considered "gros."[6]

A variety of lifestyle factors contribute to our growing girth. But some of the increase can also be attributed to the broader definition of "overweight" adopted in 1998 by the National Institutes of Health. In one day, the combined number of overweight Americans ballooned 29 percent, from 68 million to 96 million.[7]

What defines obesity in medical terms is the body mass index, a calculation of the ratio between a person’s height and weight.[8] Various classifications, ranging from "underweight" to "extreme obesity" were established according to the level of disease risk.

The body mass index is a relatively simple (and inexpensive) screening measure, but it does lack precision in some applications. For example, it cannot account for whether weight is fat or muscle. Thus, a 6-foot-tall athlete weighing 250 pounds would be classified obese. Nor does it distinguish between frame sizes, i.e., a person with a larger frame will have greater mass overall, but a smaller ratio of lean mass to fat mass.[9] Therefore, the BMI is most accurate when applied to sedentary populations.

It is also important to note that BMI does not measure the distribution of body fat, which can influence disease risk. Excess weight in the central abdomen — the so-called "apple" shape — is correlated with a higher risk of some health problems compared to excess weight in the hips and thighs — the so-called "pear" shape. Nor is the index diagnostic; the measurement of body mass cannot determine whether one has, or will have, high cholesterol or Type 2 diabetes. Such determinations would require further testing.

Obesity was officially declared a disease in 2004 by then-Secretary of Health and Human Services Tommy Thompson. Large sums of federal research dollars are now dedicated to understanding the dynamics of weight gain.

Researchers at the University of Texas Southwestern Medical Center, for example, are investigating how genes regulate appetite and metabolism. In experiments involving the "adipose" genes in fruit flies, C. elegans worms and mice, researchers have observed that the gene stimulates the accumulation of fat when food supplies are limited.[10] When food is plentiful but the threat of predators is high, the adipose gene "turns off" to improve the animals’ evasive abilities. The researchers hypothesize that this trait may also apply to humans, i.e., populations grow heavier where food is plentiful and living conditions are safe.

"It could explain why so many people struggle to lose weight and suggests an entirely new direction for developing medical treatments that address the current epidemic of diabetes and obesity," said Dr. Jonathan Graff, who led the UT research team.

"People who want to fit in their jeans might someday be able to overcome their genes," he quipped.

The pharmaceutical industry is working on drug therapies. So far, two have been approved by the U.S. Food and Drug Administration — one that acts on the central nervous system to decrease appetite and another that blocks fat absorption in the digestive tract. However, the operative word is "assistive." These drugs may help to increase weight loss, but they will not reverse obesity without changes in diet and exercise. Bariatric surgery, which reduces stomach size or allows food to bypass portions of intestinal tract, can be effective in substantial weight loss for the extremely obese.

Still, there’s no getting around the fact that body fat accumulates when caloric intake exceeds caloric output. It may be popular these days to advocate a ban on trans fatty acids, but weight gain is tied to the number of chips eaten, not the type of fat in which they are fried.[11] Trans fatty acids carry the same number of calories per gram as other fats.

Similarly, our collective weight gain also has been blamed on the use of high fructose corn syrup in a variety of prepared foods. But there’s no difference between HFCS and other sugars either in the number of calories per gram or how they are digested. According to a recent review of the literature by researchers at the University of Maryland, "The evidence that HFCS consumption uniquely increases the risk of weight gain is very weak."[12]

Changes in lifestyle have played a role in reshaping our bodies, researchers say. For example, Inas Rashad and Michael Grossman of the City University of New York cite increased rates of labor force participation by women and a decrease in smoking.

Whereas women once had afternoons free to cook everything from soup to nuts, there’s less time today for anyone in the family to prepare dinner. Thus, families eat out far more often now than in decades past, and restaurants have proliferated as a result. There were 694,310 food service establishments nationwide as of 2002 — an increase of nearly 30 percent in the previous 10 years alone, according to the U.S. Census Bureau.[13]

Researchers also have documented an inverse relationship between smoking and obesity, i.e., nonsmokers weigh more than smokers, on average, and smokers who quit gain weight.[14] With the proportion of U.S. smokers down by half today compared to 1965,[15] it is hardly surprising that so many waistlines are bulging.

The past few decades have also seen an explosion of labor-saving devices, all of which reduce the number of calories we expend on a daily basis. A lot more people are also spending a lot more time staring at computers and TV screens, and engaged in other sedentary pursuits. There was no such thing as a "couch potato" in the 1960s. Now, 66 percent of U.S. households have three or more television sets, which the average American watches for more than four hours per day, according to the A.C. Nielsen Co.[16] But while blame is often laid on TV advertisers for tempting our children with caloric-rich treats, the real problem is the fact that they — and we — are glued to the set rather than to a bicycle seat.

[2] The American Society for the Prevention of Cruelty to Animals characterizes pet obesity as "extremely common." See www.aspca.org/site/PageServer?pagename=pets_petnutritionoverweight

[8] The BMI is determined by dividing a person’s weight (in kilograms) by the square of their height (in meters). 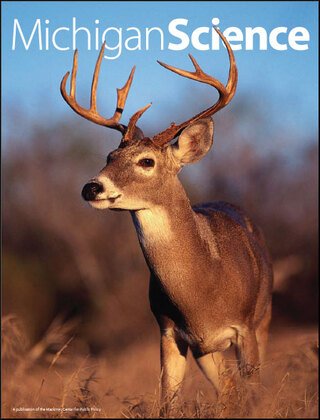