Liberty: The Real War on Poverty 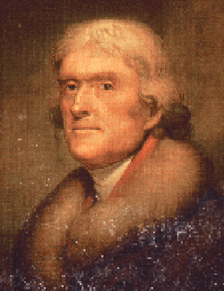 “A wise and frugal government, which shall restrain men from injuring one another, shall leave them otherwise free to regulate their own pursuits of industry and improvement, and shall not take from the mouth of labor the bread it has earned. This is the sum of good government.” — Thomas Jefferson
Library of Congress, Prints and Photographs Division, Presidential File [LC-USZC4-2474]

An unabashed, unrepentant welfare statist would probably survey the men who held the highest office in the land during the 19th century and dismiss them as heartless, uncaring and hopelessly medieval. Even during the severe depressions of the 1830s and the 1890s, Presidents Martin Van Buren and Grover Cleveland never proposed that Washington, D.C., extend its reach to the relief of private distress broadly speaking, and they opposed even the smallest suggestions of that kind.

Welfare statists make a crucial error, however, when they imply that it was left to presidents of a more enlightened 20th century to finally care enough to help the poor. The fact is, our leaders in the 1800s did mount a war on poverty — the most comprehensive and effective ever mounted by any central government in world history. It just didn't have a gimmicky name like "Great Society," nor did it have a public relations office and elitist poverty conferences at expensive seaside resorts. If you could have pressed them then for a name for it, most if not all of those early chief executives might well have said their anti-poverty program was, in a word, liberty. This word meant things like self-reliance, hard work, entrepreneurship, the institutions of civil society, a strong and free economy, and government confined to its constitutional role as protector of liberty by keeping the peace. 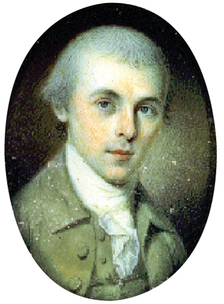 “The government of the United States is a definite government, confined to specified objects. It is not like state governments, whose powers are more general. Charity is no part of the legislative duty of the government.” — James Madison
Library of Congress, Prints and Photographs Division, Presidential File [LC-USZC4-4097]

In hindsight, it's a little amazing that the last great president of the 19th century, Grover Cleveland, was just about as faithful to that legacy of liberty as the first great one of that century, Thomas Jefferson. When Cleveland left office in March 1897, the federal government was still many years away from any sort of national program for public payments to the indigent.

To be sure, the Washington, D.C., establishment was bigger than Jefferson had left it in many other respects — alarmingly so, in most cases. But it was not yet even remotely a welfare state. Regardless of political party, the presidents of that period did not read into the Constitution any of the modern-day welfare-state assumptions. They understood these essential verities: Government has nothing to give anybody except what it first takes from somebody, and a government big enough to give the people everything they want is big enough to take away everything they've got. These chief executives had other things going for them, too — notably, a humbling faith in Divine Providence, and a healthy confidence in what a free and compassionate people could do without federal help.

And what a poverty program liberty proved to be! In spite of a horrendous civil war, half a dozen economic downturns and wave after wave of impoverished immigrants, America progressed from near-universal poverty at the start of the century to within reach of the world's highest per-capita income at the end of the century. The poverty that remained stood out like the proverbial sore thumb because it was now the exception, no longer the rule. In the absence of stultifying government welfare programs, our free and self-reliant citizenry spawned so many private, distress-relieving initiatives that American generosity became one of the marvels of the world. This essentially spontaneous, non-centrally-planned "war on poverty" stands in stark contrast to Lyndon Johnson's "Great Society" because it actually worked.

My assistant in preparing this paper, a Grove City College senior named Christopher Haberman, expressed in an e-mail to me a little frustration at what he was not finding as he researched the papers of Thomas Jefferson and James Madison. He wrote: "I was disappointed to find that there were not many direct references to poverty. It seems that (they) were more concerned with Barbary pirates. They had no concept of (direct) government aid to the impoverished."

Haberman was right. Consider Jefferson — the author of the Declaration of Independence, America's third president, and someone who exerted enormous intellectual influence during this country's formative years. His were the first two presidential terms of America's first full century as a nation. His election in 1800 marked a turning point from 12 years of Federalist Party rule and set the tone for decades to follow. In his first Inaugural Address in 1801, Jefferson gave us a splendid summation of what government should do. It did not describe welfare programs, but rather, "A wise and frugal government, which shall restrain men from injuring one another, shall leave them otherwise free to regulate their own pursuits of industry and improvement, and shall not take from the mouth of labor the bread it has earned. This is the sum of good government."

A similar view was held by James Madison, a key figure in the construction of the Constitution, a prime defender of it in "The Federalist Papers" and our fourth president. Madison vetoed bills for so-called "internal improvements," such as roads, at federal expense, so it would have been inconceivable to Madison that it was constitutional to use the power of government to take from some people and give to others because the others were poor and needed it. While there might be a reasonable, even constitutional, case for certain federal road-building projects for national defense purposes (or at least the benefit of everyone), for Madison and Jefferson there was no constitutional case to be made for assistance to individuals in poverty.

In a speech in the U.S. House of Representatives years before he became president, Madison declared: "The government of the United States is a definite government, confined to specified objects. It is not like state governments, whose powers are more general. Charity is no part of the legislative duty of the government." 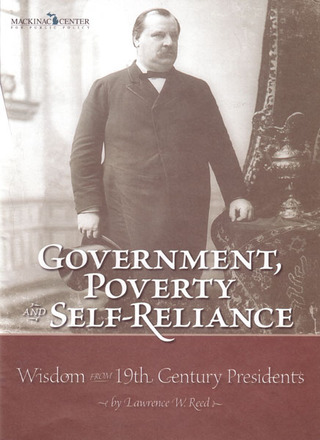