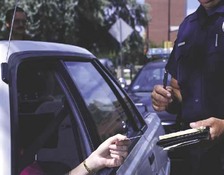 The state could maintain highway patrols and save approximately $65 million annually by devolving responsibility for patrols to the county sheriffs’ departments.

The next time you see a Michigan State Police trooper ticketing speeders on a major highway, ask yourself this question: Why is a routine traffic safety enforcement action being performed by a state trooper, when the same job could be done just as well for far less money by a county sheriff’s deputy?

This is the sort of question the Granholm Administration should have been asking as it looked for ways to trim Michigan’s looming $900 million budget deficit. Like many other budget items, the answer to this particular question boils down to “that’s how we’ve always done it.”

Michigan could save around $65 million each year by handing over highway traffic enforcement to county sheriffs — without reducing by a single officer the amount of road patrol activity, or its quality.

Yet, Michigan could save around $65 million each year by handing over highway traffic enforcement to county sheriffs — without reducing by a single officer the amount of road patrol activity, or its quality. This devolution of services from the states to counties is akin to intergovernmental contracting, where one unit of government contracts with another to provide a service. For instance, Hamtramck Emergency Financial Manager Lou Schimmel once considered hiring Wayne County to provide police services to Hamtramck.

It costs Michigan taxpayers some $90,000 to keep a state trooper on the payroll for a year. This is not the “take-home” pay of officers, but the total compensation cost incurred by their employer, including benefits and the state’s share of mandated taxes and fees. By contrast, county sheriff deputies cost taxpayers less than $70,000 a year in most places — often much less.

To be sure, the Michigan State Police provide many law enforcement services that local and county agencies cannot. Among these are forensic science and lab services, criminal databases, special operations, including canine and underwater units, bomb squads, and more. The State Police also perform multi-jurisdictional and large-scale criminal investigations. Because it serves the entire state and so enjoys economies of scale, it is logical for the department to continue providing these services as a backup to local police.

However, it is not logical to divert expensive State Police resources to functions local agencies are eminently capable of performing for much less money, such as routine traffic safety enforcement.

Sheriff deputies and municipal police in Michigan are fully competent to take over this function. In fact, one of the functions performed by the State Police is to set standards and certify law enforcement training programs for all local peace officers. Some $11 million is spent each year to do so, and to provide in-service training for local police. There’s no reason why this training could not include traffic safety enforcement.

So how do we begin saving taxpayers $65 million a year? The “uniformed services” line item in the state budget accounts for 40 percent of the annual $410 million State Police budget. The lion’s share of this money pays for road patrols. If that function were transferred to the counties, other overhead expenses could be cut and the entire department downsized. In a March 2003 Mackinac Center analysis, the estimated total reduction would come to around $195 million.

The average cost statewide to employ a county sheriff deputy is approximately 77 percent (or less) of the cost of employing a state trooper. Therefore, the state could give grants to county sheriff departments equivalent to 77 percent of the amount it currently spends for road patrols, or $128 million. This would allow sheriff’s departments to hire more deputies, and also to boost their overhead to support the expanded operations. The grants should have “strings” attached: Sheriffs should be required to provide the same amount of major highway road patrols as are currently provided by the State Police.

Given the large number of state trooper retirements expected in the next few years, now would be a good time to begin this transition. Instead, the current plan being put forward by the Granholm administration is to maintain State Police trooper levels and other functions despite revenue shortfalls. This it has done with $70 million in new fees on the points accumulated on individual driving records, including a $300 fee on those who fail to carry proof of insurance in a vehicle, even if they are insured.

Such “revenue enhancements” are not the kind of “outside-the-box” thinking Gov. Granholm embraced in her campaign. Fee increases may be unnecessary, especially when other money-saving options — such as allowing local law enforcement to perform routine traffic safety patrols — are available.
_______________

Jack McHugh is legislative analyst for the Mackinac Center for Public Policy. He runs the Mackinac Center site MichiganVotes.org, which is designed to give users a plain language description of every bill, amendment and vote in the state legislature. 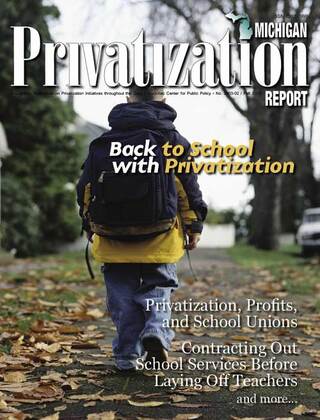