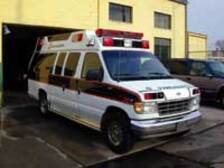 In the 1990s, "ambulance wars" broke out when private and public emergency medical service (EMS) providers began battling over responsibility for ambulance services across the country. These "wars" became especially intense in California and Florida, with separate public and private crews sometimes arriving simultaneously at accident sites.

Ambulance wars have been due primarily to fire departments expanding their activities beyond firefighting. Over the past two decades, the number of home and building fires in the United States plunged 40 percent to 1.8 million annually, even as the number of paid firefighters increased 20 percent to 275,000. Because government fire departments are not subject to the same rigors of the marketplace, they needed to expand rescue activities to justify their survival, and so began to encroach upon the turf of EMS providers.

Since taking over the country's EMS services, Sunstar has reduced emergency response times by 30 seconds, with 90 percent reliability.

As a result, 90 percent of the emergency calls to firehouses in cities such as Los Angeles, Chicago and Miami today are for auto accidents and other non-fire-related medical emergencies. Private-sector EMS providers currently are doing battle with government's fire departments for supremacy in large cities such as New York, Denver, and Portland. In 2000, the Journal of Emergency Medical Services' annual survey of the 200 largest municipalities in the nation found that 188 have fire departments that provide first response for medical emergencies.

Before the full impact of ambulance wars was felt, the private EMS market was fragmented and decentralized, with a large number of "mom-and-pop" operations. Small ambulance firms are still around, but a large number have been bought out by larger firms as competition from fire departments has intensified.

The trend began in 1992, when four ambulance companies merged into American Medical Response (AMR). In 1997, AMR and another major provider, Laidlaw, merged, narrowing the market down to two national firms: AMR and Rural/Metro. Today, AMR operates in 35 states with 265 operations and a fleet of more than 4,000 vehicles. Rural/Metro serves more than 4,000 communities throughout the United States, including Michigan, and Latin America. Grand Rapids is the most populated of the Michigan cities relying on private providers. Other cities include Sterling Heights, Ann Arbor, Traverse City, Kalamazoo, Grand Ledge, Portage, and Jackson, as well as Wexford County.

Other factors fueled this consolidation of private EMS providers. One was the federal government's tightening of reimbursements for Medicare in the mid-1990s, which substantially slowed a large source of funds for ambulance providers. New federal guidelines issued under managed care also had the effect of restricting reimbursement of emergency medical transport.

Yet, the ability of private-sector EMS providers to adapt to changing conditions has enabled EMS privatization to expand dramatically in the past decade-and-a-half. In a 1988 survey of municipalities conducted by the International City/County Managers Association (ICMA), none reported the presence of private-sector ambulance services. A similar survey only 9 years later found such services in approximately 16.3 percent of cities nationwide. Such a rate of growth may not be sustainable over the long term, but the results from the ICMA surveys indicate a solid future for EMS privatization.

This growth should come as no surprise — private EMS providers outperform government in several categories. For example, 70 percent of private agencies have defibrillation devices (used for heart attacks), compared to only 48 percent of city fire-rescue agencies and rescue workers. More private agencies (48 percent) are using advanced technology, such as the automotive vehicle locator, than city fire-rescue agencies (20 percent). Perhaps most important of all, 66 percent of private, for-profit EMS providers are subject to external reviews by their governing municipalities.

Private EMS firms also can provide services less expensively than fire departments. For instance, privately employed paramedics (who make up 34.5 percent of all paramedics) don't cost as much as government firefighters. Typically, they make about 75 percent of the firefighters wages. And one hook-and-ladder truck used on an EMS run costs more than six ambulances.

In addition, contracts between municipalities and private EMS providers are moving to a performance-based model that ties funding, payment and resource allocation to the performance of the providers. Private firms are also are making better use of technology and accessing advanced equipment more quickly than public agencies-and enhanced technology promises to increase efficiency and save lives.

In fact, a hybrid private/public approach is being used in some cities, with evidence of success. Chicago and Los Angeles, for example, use private EMS providers who work in conjunction with fire departments to assure more rapid response times and lower per-capita EMS costs.

In 1997, California's San Mateo County joined forces with AMR to form San Mateo County Hospital Advanced Life Support Services. Under this public-private partnership, public fire agencies provide the first-response paramedics and AMR provides a second medic via ambulance as well as all the medical supplies, equipment, training and clinical oversight for both the public and private medics. Both the fire departments and AMR are subject to fines for non-performance under the terms of their contracts, and AMR shares payment with the fire departments for first response.

Elsewhere, public officials are warming to the idea of allowing open bidding for EMS service contracts. Last year, Pinellas County officials in Florida allowed such bidding between public and private EMS providers to see who could come up with the best deal for the least amount of money. The bid was won by Sunstar Emergency Medical Services, a private, all-paramedic ambulance and emergency response service that has an exclusive performance-based contract with the Pinellas County EMS Authority.

Since taking over the county's EMS services, Sunstar has reduced emergency response times by 30 seconds, with 90 percent reliability. It has increased non-emergency (not life-threatening) response compliance from 90 percent to 95 percent and instituted a policy under which only paramedics provide pre-arrival lifesaving instructions over the phone to 911 callers with medical emergencies. The company has upgraded equipment and software in its dispatch/communications center and received the National Academy of Emergency Medical Dispatch's Accredited Center of Excellence Award as a result. Sunstar will replace its vehicles every five years, and is projected to save Pinellas County between $13 million and $21 million over the next decade.

As companies like Sunstar continue to enhance their reputations and establish track records for excellence, public officials are likely to become more open to the idea of EMS privatization. While "ambulance wars" may continue in some parts of the nation, trends indicate a brighter future for privatization of emergency medical services.

Robin A. Johnson is Senior Fellow in Reason Public Policy Institute's Privatization Center in Los Angeles. His research focuses on privatization, government reform, and outsourcing, with an emphasis on small and rural municipal governments. 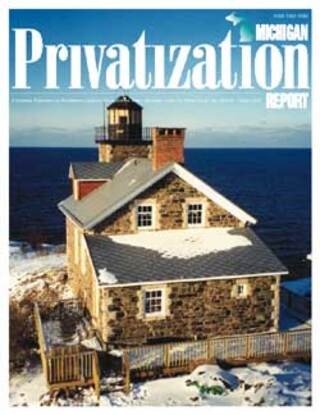