Are You Listening to the ‘Mackinac On Michigan’ Show on WJR? 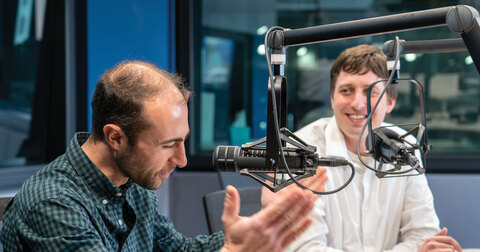 The largest AM radio station with the strongest signal in Michigan is WJR, and thousands tune in every month to listen to the “Mackinac On Michigan” public policy show. The show is hosted by long-time radio voice Kelly Cobb and Jarrett Skorup from the Mackinac Center.

JANUARY Patrick Anderson, the CEO of the Anderson Economic Group, discussed why inflation is such a problem. Sen. Aric Nesbitt talked about the budget priorities of Michigan Republicans and Matt Frendewey of ExcelinEd explained why school shutdowns harmed students. James Hohman of the Mackinac Center explained why there’s plenty of money in the state budget to cut income taxes.

APRIL Kathy Hoekstra of the Pacific Legal Foundation discussed local governments auctioning off peoples’ homes and keeping the profits. Political reporter Beth LeBlanc of The Detroit News gave us the big issues in Lansing in 2022. Republicans Tudor Dixon and John James told us about their races for governor and the U.S. House, respectively.

MAY Ingrid Jacques of USA Today discussed the current state of politics. Beth DeShone of the Great Lakes Education Project told us about a new citizen initiative that could bring Michigan new educational options, and Mike Van Beek of the Mackinac Center brought us up to speed on what’s happening with auto insurance. We also spoke with gubernatorial candidate Kevin Rinke.

You can listen to the “Mackinac On Michigan” show on 760 WJR by tuning in live or listening to the replay online. The show airs every third Tuesday of the month from 7-8 p.m. Listen over the air or online at www.WJR.com to hear the latest about what’s going on in Lansing and Washington, D.C., when it comes to the economy, schools and other issues you care about. You can also hear a replay at https://thegreatvoice.com/Shows/mackinac-on-michigan. 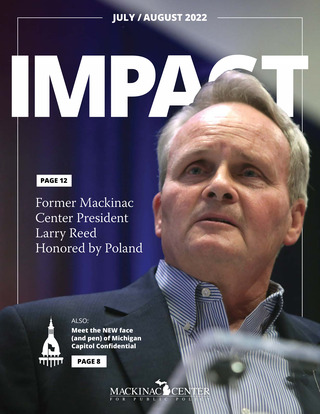