Right-to-Work Advocates Learn from Each Other 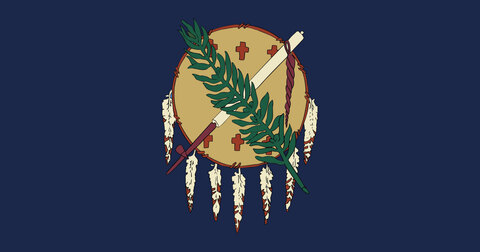 Staffers of the Mackinac Center and its national labor policy initiative, Workers for Opportunity, joined Oklahoma Gov. Kevin Stitt at the governor’s mansion April 4 to celebrate the 20th anniversary of Oklahoma’s becoming a right-to-work state.

Though the event was marked by jovial storytelling from Mackinac Center President Joe Lehman and our friend former Gov. Frank Keating, it had a serious intent. When Oklahoma acted in 2002, it ended the 16-year drought of new right-to-work laws at the state level, which had followed Idaho’s 1985 law. Another 11 years would pass before right-to-work came to Michigan, after the Mackinac Center worked with allies and supporters on a strategy that was critically informed by the Oklahoma experience.

After Gov. Stitt introduced Lehman to the crowd, the Mackinac Center president explained what the victory in Oklahoma meant to the rest of the country’s right-to-work soldiers. In short, it kept alive the hope that they could prevail in their own states, even after a decade and a half of no progress. When in the late 2000s the Mackinac Center and our friends in Michigan began to believe that the Overton Window had shifted enough to make a serious attempt at advancing right-to-work, we faced a hostile executive in Democratic Gov. Jennifer Granholm. Lehman called Gov. Keating to ask his advice. Gov. Keating was key to cementing right-to-work in the Oklahoma Constitution, but he had some unwelcome advice for Lehman: “Wait. Wait until you have a governor in place who will support the effort and can help with the strategy to move it forward.”

So wait we did. As Lehman now admits, that advice helped the Mackinac Center and those we worked with to do what many thought impossible: bring right-to work to the home of General Motors, Ford and the UAW.

The commemoration in Oklahoma was a full circle moment for the Mackinac Center and our supporters. We — alongside former Gov. Keating — demonstrated our support for Gov. Stitt’s effort to build on the Sooner State’s earlier labor reforms by urging legislators to fully protect Oklahoma public employees’ decisions about union membership. Indeed, our Workers for Opportunity initiative is actively working with Gov. Stitt and his legislative allies to ensure that these employees have provided direct consent to their state employer before any union dues or fees are deducted from their paychecks. Gov. Stitt believes, as we do, that simply taking the unions’ word isn’t good enough, as it falls short of the true promise and principles of right-to-work.

The Michigan Civil Service Commission extended these protections to state employees here two years ago, at the urging of the Mackinac Center and Workers for Opportunity. We now have the privilege of returning a favor to our friends in Oklahoma who helped us bring right-to-work here. By helping them expand protections to their own residents, we are passing the baton to a new generation of labor reform leaders who will keep the spirit of right-to-work alive, in Oklahoma and across the nation, for years to come. 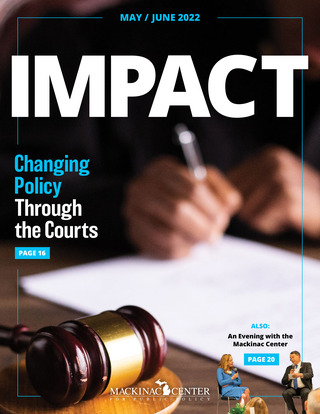