Ethelmae Humphreys, a longtime supporter of the Mackinac Center and of the principles of freedom, died in her home state of Missouri in December. She will be remembered at the Mackinac Center as a model gentlewoman, astute thinker and a stalwart and principled defender of free enterprise.

“Ethelmae could have kept the fruits of her considerable success to herself, but she was generous, especially in her hometown of Joplin and also around the whole country,” Mackinac Center President Joseph G. Lehman said. “She understood the importance of supporting the institutions that uphold the very best founding ideals of our country.”

Humphreys, 94, was the daughter of E.L. Craig, founder of what is today TAMKO Building Products LLC , a leading manufacturer of roofing, decking composite materials and other building products.

She worked in the roofing industry for most of her life, starting by sacking nails in a Kansas City shingle plant, according to a company news release.

Humphreys was named executive vice-president of TAMKO in 1950, at the age of the 23, after her father had a stroke. She served in various positions at TAMKO over the next five decades, celebrating 73 years of service to the company in 2021.

Humphreys’ son, David C. Humphreys, was named president and CEO of TAMKO in 1994. He also is chairman of the Grand Rapids-based Acton Institute for the Study of Religion and Liberty.

In addition to her successful professional career, Ethelmae Humphreys helped lead the E.L. Craig Foundation and J.P. Humphreys Foundation, which have donated millions of dollars to support free enterprise and civil society. Humphreys remained highly involved in her visionary philanthropic giving until shortly before her death.

Humphreys demonstrated a profound understanding of the negative consequences of government overreach and a compassion for people harmed by rules and regulations that hampered opportunity and the ability to prosper, Lehman said.

“We were blessed to know Ethelmae for so many years, work with her, and celebrate with her. We’ll miss her smile, subtle wit, sparkling eye, and hopeful attitude.” 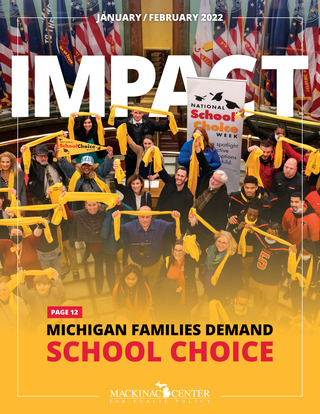