On April 22, Indiana Gov. Eric Holcomb signed Senate Bill 251 into law. The bill, strongly endorsed by the Mackinac Center’s Worker for Opportunity initiative, requires government unions to obtain direct consent from Indiana school employees before dues can be deducted from their paychecks. This move by Indiana is a huge step in the right direction for state-driven worker freedom.

While several states have taken steps to protect the freedoms described in the 2018 Supreme Court decision Janus v. AFSCME, Indiana was the first to do so through legislation. In 2019 Alaska made similar changes through an executive order. Texas issued an attorney general opinion advocating for similar protections for its workers, while Michigan made a move in the right direction last year through an administrative rule change that affects state employees. All of these actions were endorsed by Workers for Opportunity. Hopefully, other states across the country will take note of these examples, and work to quickly implement similar protections.

These reforms and affirmation of rights are particularly important because they uphold workers’ constitutional right to free speech. No one can be forced to associate or fund the political spending of a group, business or individual. Thanks to the Janus decision, public workers across the country no longer have to, but there is still work to be done. Private workers deserve the same protections, freedoms and rights, and many public workers are still forced to pay unions that support policies contrary to their members’ personal beliefs.

Workers for Opportunity supports the cause of freeing workers from being forced to support a union and in protecting the rights of all employees. By ensuring workers are informed of their rights, our efforts empower workers to make their own decisions about how to spend their money, rather than having those decisions made for them by union officials. This transfer of power back to employees also requires unions to be responsive to their members’ needs, rather than their own political self-interest.

Our work is far from over, and while Indiana should be commended for its willingness to take a stand to protect workers, there are several states that still need to act. Workers for Opportunity will continue to fight in these states until no worker in America is forced to pay money to a union. 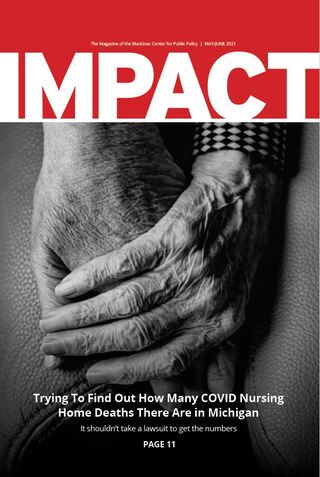