A profile of Eric Tubbs 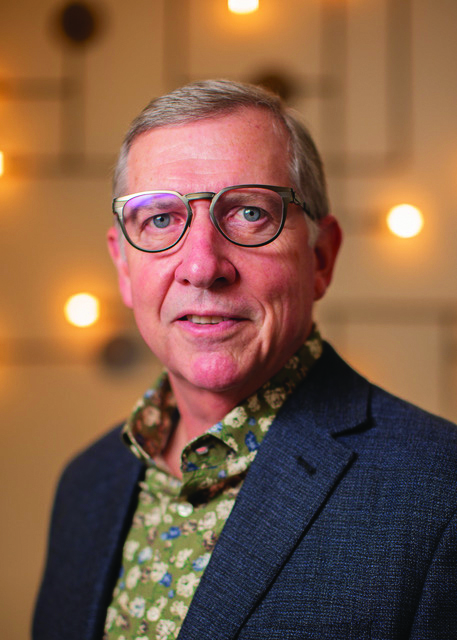 When asked how he first learned about the Mackinac Center, Eric Tubbs paused. “I am sure it had to do with Larry Reed, who was one of my economics instructors when I attended Northwood University. When I first started supporting the Mackinac Center, I had three young children and was trying to build the business. We didn’t really have money to give away, but I tried to make small donations every year because I thought the work was important for the future of my kids.”

Since then, Tubbs has been no stranger to the cause of liberty. He is the president of Iron Light Labs, a nonprofit dedicated to training people, especially in the freedom movement, in effective communications. Before that, he co-owned and managed Tubbs Brothers, an automotive retailer. In 2016, he sold his shares to his brother to pursue his passion for helping others understand the benefits of free-market principles.

“Free markets and individual liberty,” he says, “are the greatest forces for good in human history. They’ve lifted millions out of poverty. Yet too often, these ideas go unheard, or worse, misrepresented in mainstream culture by those who disagree with them. Proponents of freedom and individual responsibility have been losing the battle for the hearts and minds of individuals, especially those in the political middle and soft left.”

He continues, “Freedom-focused organizations have mastered rigorous research, econometric modelling and budget analysis, but few have the capacity or skills to build up the marketing capabilities needed to catapult their ideas into mainstream culture. For the ideas of liberty and freedom to prevail in culture, organizations promoting these values need to dramatically improve in reaching and persuading broader audiences. The Mackinac Center has come a long way in this regard.”

Tubbs and his wife take a focused approach to philanthropy. “Penny and I are passionate about the value of individual liberty, and most of our giving goes to organizations we believe will further that cause, because if we lose our freedom, we lose everything.” He adds, “Frankly, I have never understood why some people who support freedom-centered organizations give ten times as much to their public university that is taxpayer supported and often working against the principles of liberty. But, we all get to choose!”

The one message he would like to share with Mackinac Center donors is to stay focused on the big picture. “We often want to see policies changed quickly, but the reality is that it is a marathon, not a sprint. I often think of the years of foundational work Mackinac did on right-to-work with no apparent progress. I am convinced that had Mackinac not done all of that work upfront, when the opportunity for right-to-work arose in Michigan, we would have missed it. We need to continue to support the Mackinac Center and other organizations that effectively promote liberty and limited government.” 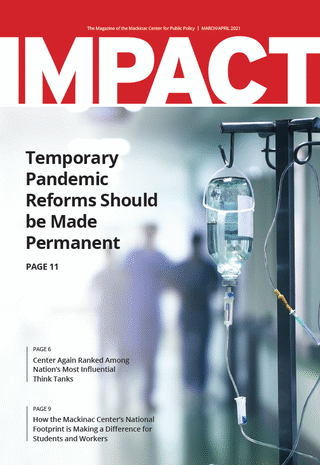