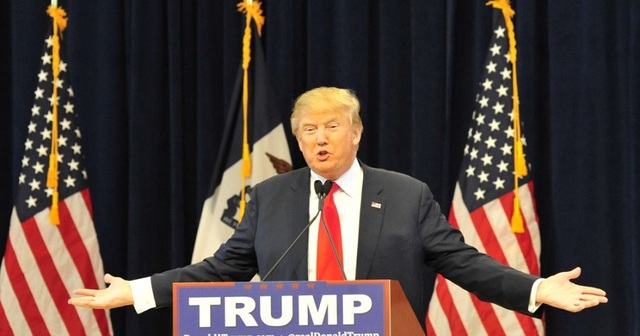 Draining the swamp by creating new ones

President-elect Donald Trump took a victory lap earlier this month after convincing Carrier to keep more than 700 jobs in Indiana instead of moving them to Mexico. Trump’s unique style of braggadocio and tough-sounding talk lends itself to such exercises.

But Trump should beware of making special corporate “incentive” promises lest he trigger a flight to the border by other companies seeking handouts from Washington — or from Lansing and Michigan taxpayers.

A prominent warning came not from a free-market think tank but from the Vermont socialist who nearly captured the 2016 Democratic presidential nomination. Writing about Trump, Sen. Bernie Sanders said, “He has signaled to every corporation in America that they can threaten to offshore jobs in exchange for business-friendly tax benefits and incentives.”

Sanders is right that America will only be great when state and national policies promote a fair field with no special favors for particular firms or industries.

Moreover, while corporate favors from Washington were the focus of news stories, Carrier itself suggested that state taxpayers would be the ones shelling-out. “The incentives offered by the state were an important consideration,” said the company in a statement. A Fortune report suggests Indiana taxpayers are on the hook for $700,000 a year to Carrier.

No governor or legislature wants to see employers leave. But making them want to stay with across-the-board tax and regulatory reforms is hard work, so too many elected officials instead pursue a self-serving shortcut. They leave the hostile business climate in place and just offer taxpayer-funded handouts to bribe a few high-profile companies to stay.

Corporate executives have become skilled at playing the game. Former auto industry executive Lee Iacocca described it this way, as captured in the book “Poletown: Community Betrayed.” Iacocca said, “We would pit Canada versus the U.S. We’d get outright grants and subsidies in Spain, in Mexico, in Brazil — all kinds of grants. ... I have played the states against each other over here.”

Giveaways, whether granted to Iacocca’s employers in decades past or to companies today, rarely get even the minimal media scrutiny Trump’s involvement in the Carrier deal generated. Yet scholars who have examined such programs find they are largely a waste.

The state of Michigan runs a number of such programs before and it may soon create another for well-connected developers including, but not limited to, Dan Gilbert of Quicken Loans.

One set of newly proposed subsidy bills would transfer $250 million a year or more from Michigan families and small businesses in just 15 deals a year.

One old program still costing us money is called the Michigan Economic Growth Authority. Even after being replaced with a different corporate welfare programs in 2011, it is still shelling out hundreds of millions of dollars annually to a handful of corporations granted long-term subsidies.

There is no free lunch: The taxpayers from whom the MEGA loot was taken probably would have generated more economic growth and jobs with those resources than the handful of big players who collected the boodle.

The programs are also expensive to run. The agency in charge of granting those huge MEGA subsidies had 31 individuals on its payroll who collected more than $100,000 a year.

Then there’s what Nobel economist Friedrich Hayek dubbed “the fatal conceit,” that government central planners can accurately pick economic winners. Unlike real investors who put their own money at risk, such officials have no skin in the game and their dismal record shows why that fact matters.

Finally, even an unconventional politician like Trump is not immune to trading short-term political gains for long-term economic damage. The risk is even greater for the younger and less affluent political careerists who populate Michigan’s legislature. Approving handouts to a class of potential employers is an attractive nuisance for term-limited pols with an eye out for post-legislative opportunities.

In contrast — and where socialists like Bernie Sanders are utterly wrong — broad-based supply-side tax cuts and regulatory reform would be a boon for every company, worker and aspiring job-seeker. Trump and state politicians alike will see faster economic growth and development if they just leave everyone alone instead of chasing a few corporations with bags of taxpayer cash.