Uber, Lyft and taxis to play by the same rules 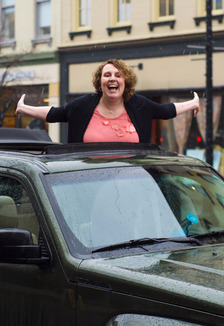 Update: The package of bills has passed the House and Senate.

On December 1, the Michigan Senate passed a package of bills that would dramatically improve the ability of Michiganders to get around.

The package was originally written to provide a statewide regulatory framework for ridesharing companies like Uber and Lyft, which have been operating in Michigan in a legal gray area. Some cities embraced the services, others banned them. The uncertainty has made it difficult for ridesharing companies to expand beyond a handful of areas in Michigan, and has caused major headaches for drivers, who have received tickets for not having commercial licenses.

The latest bills provide not just a solution to this problem, but to another wrinkle the expansion of ridesharing presents: competition with taxis and limousine services. These traditional transportation companies are understandably threatened by the disruptive innovation of Uber and Lyft, but they are right to object to any regulatory advantage state law might have provided ridesharing companies. Because Uber and Lyft are not traditional transportation companies, it doesn’t make sense to force them to operate under the same rules and regulations placed on taxi companies, some of which are onerous and irrelevant to ridesharing.

The bills recently passed by the Michigan Senate address this problem by extending the new rules not just to Uber and Lyft, but to taxis and limousine services as well, significantly lessening their regulatory burden and leveling the playing field.

The House is expected to pass the package, which will provide reasonable standards for insurance, driver qualifications and vehicle inspections. The standards will apply equally to taxi companies, limousine services and ridesharing companies. Perhaps most importantly, the bills apply these rules evenly across the entire state, which means no municipality will have the option to create more burdensome regulations or restrict choice by banning a company altogether.

For more information, read a recent Mackinac Center Viewpoint on this topic, or visit www.mackinac.org/ridesharing to hear from Uber and Lyft drivers themselves.