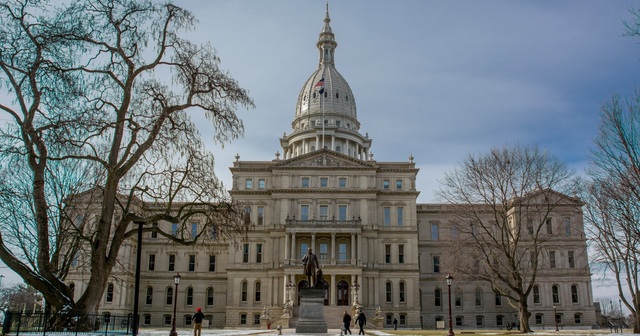 Changes could save money and improve outcomes

Reforms to Michigan’s $2 billion criminal justice system may still be on the agenda for the short amount of time left in this legislative session. The Michigan Senate passed a wide-ranging criminal justice reform package in May, and the House passed several more targeted proposals over the last year. And Gov. Snyder has said this issue is a top priority.

The following is a summary of some of the most important elements of a 21-bill package passed by the Senate. They include some solid reforms that would improve Michigan’s current criminal justice system.

The proposed changes are meant to provide accountability for offenders who have been paroled. Generally, better outcomes are achieved when parolees face consistent penalties for violating the terms of their parole. Michigan successfully implemented this principle with an intensive probation program, and one of the Senate bills would establish a similar program for parole.

The bills also include a proposal that would limit the jail time that parolees could face for minor parole violations, such as missing a meeting with a parole officer. The reasoning is that jail and prison beds are expensive, and cutting parolees off from jobs and re-entry services defeats the rehabilitative goals of parole.

Related bills offer incentives to parole and probation departments that reduce the number of offenders who re-enter prison and provides financial grants to companies and business owners who hire parolees or probationers. Another measure would allow well-behaved probationers to get off probation sooner.

In Michigan, about half of the people in the criminal justice system are parole or probation violators — well above the national average of 30 percent. The system is clearly underperforming, to the detriment of public safety and cost efficiency.

The Senate Fiscal Agency estimates an “indeterminate” fiscal impact from these proposals, but they would likely save taxpayer money. Parole supervision costs the state an average of $5,260 per parolee annually, and while some of these changes may push that cost up slightly, it still is only a fraction of the cost of incarceration. In other words, if these programs improve probation and parole programs, they are likely to save the state money.

The Senate package would create the Data Collection and Management Act, which aims to help policymakers and the public to better evaluate corrections practices and costs. The state’s current data collections practices are disorganized, at best, and nonexistent, at worst. Although the judiciary, prosecutors, Department of Corrections and Michigan State Police all keep records, these departments do not share information with each other. Some data are not readily available to the public. Moreover, there is no unified state program for gathering and evaluating data about crimes, recidivism or corrections programs and facilities, leaving Michiganders at somewhat of a loss as to how to improve public safety and save money.

Parts of the Senate package creates new reporting requirements, which would compel the collection of various types of recidivism data and would make parole boards report the reasons for parole denials.

Funds have been appropriated for the implementation of the proposed data collection requirements, although other state departments may incur costs associated with these reforms. It is hard to imagine, however, a better use for those dollars than to gather the data needed to evaluate and improve a system that is costing the state billions annually.

With the general election fast approaching, it is expected that the Legislature will address these and the other Senate proposals late in this legislative session. These reforms deserve serious consideration as there are many positive reforms included in this proposed package of bills from the Michigan Senate.