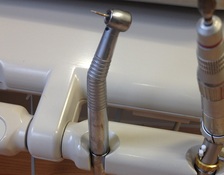 Michigan appears to be about average in access to dental care. There are about 7,700 dentists in the state and over 10,000 dental hygienists. In 2011, there were 6.2 dentists per 10,000 people, exactly the national average. But there is a concerning trend: Michigan’s dentist population skews older than average and the state may be facing a dentist shortage in the near future.

Results from a 2011 survey of Michigan dentists reveals the problem. At that time, 37 percent of dentists were between 55 and 64 and another 15 percent were over 65. This means that over half the dentists in Michigan are over 55 and within striking distance of retirement. For comparison’s sake, nationally only 26 percent of dentists were between 55 and 64 in 2011 and 16 percent were over 65.

Not surprisingly, according to the same 2011 survey, half of Michigan dentists said that they only planned to continue practicing for 10 years or less. Over 70 percent of dentists planned to retire within 15 years. Put another way, over the next 10-15 years, to maintain current populations of dentists, Michigan would need somewhere between 3,850 and 5,400 new dentists.

Michigan does have two fine dental schools (my younger brother just graduated from one) and perhaps these schools will produce all the new dentists the state needs. Maybe, but history suggests otherwise. From 2000-2011, there were 240 new dental license applications filed per year in Michigan, on average. If that pace continues, dental schools would only produce about 3,600 new dentists in Michigan over the next 15 years — not enough to replace those who plan to retire soon.

What can be done to help deal with this potential shortage? One idea is to create a midlevel dental provider, much like a nurse practitioner in medical care. Alaska, Minnesota, Maine and Vermont allow these service providers in their dental markets. And Sen. Mike Shirkey, R-Clarklake, introduced Senate Bill 1013 in June, which would create a new license for a midlevel provider called a dental therapist. These professionals would work under the supervision of a dentist but could provide preventive and routine care on their own (filling cavities, simple extractions, crowns, etc.).

Hiring dental therapists might make it easier and less costly for dentists to expand their practices and fill shortages. Given that Michigan may soon face a shortage of dentists, policymakers should seriously consider this proposal.