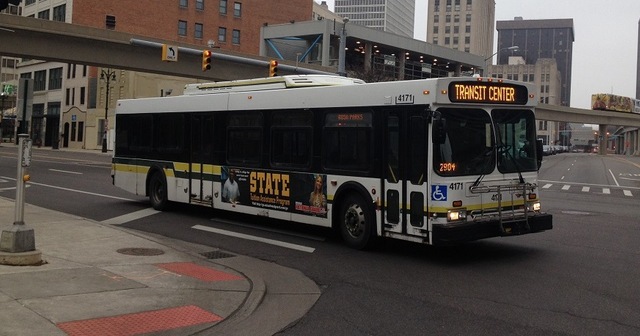 A $4.6 Billion Transit Millage Is a Tax Too Far for Detroit

Time to question the benefits of the Regional Transit Authority

The other day, I attended a public hearing of the Regional Transit Authority of Southeast Michigan in Northwest Detroit. The Mackinac Center’s analysts haven’t dug deeply into the RTA’s plans and assumptions surrounding its $4.6 billion millage request on November’s ballot. But the rhetoric from the RTA leadership in attendance was troubling — even before we look at the numbers.

Longtime Detroit radio host Mildred Gaddis broadcast from the event for her show on WCHB-AM 1200, interviewing RTA representatives and taking questions from the audience and social media. Virtually all the questions focused on either service concerns — Would the buses get better in a specific neighborhood? How much will the fares be? — or questions around employment, union representation, economic benefits, choice of contractor and other job-related topics.

One question notably absent until I gave Mildred a card asking about it, was whether Detroiters need to be taxed even more than they are now to receive improved transit services. My colleague James Hohman recently pointed out that Detroiters already pay the highest effective property taxes in the nation, a burden to which the RTA’s 1.2 mill property tax would only add.

High property taxes are a challenge for homeowners and business owners in any community. But in Detroit, high tax rates combine with a deeply broken property tax assessment system to destroy neighborhoods and lives. Roughly one in three homes in Detroit has been foreclosed on in the past decade, pushing people out of their homes and creating real and pervasive human suffering. To add insult to injury, these homes too often stay vacant, become blighted and join the long list of homes to be demolished. Detroit is spending hundreds of millions of dollars to knock down houses that could and should have remained Detroiters’ homes.

We’re literally taxing people in Detroit so much that they lose their homes, then asking other taxpayers to pay to knock down those homes. How can we defend this intellectually or morally?

As we respond to the many challenges facing Detroit, it won’t do to give a simplistic response like “the answer is this, or it’s that.” But one point of agreement has to be that Detroiters are simply taxed too much and receive too little. They’re not alone in this regard, but in too many of the city’s neighborhoods, squeezing residents for tax revenues has crushed the community.

It’s time to say: “Enough is enough.” Detroiters and others in Wayne, Oakland, Macomb and Washtenaw should look at what benefits the RTA is offering. Then they should question whether the benefits justify adding to the tax burdens of all homeowners and business owners, especially those whose burdens are already more than they can bear. Regional transit supporters point out that other metro areas spend more on transit than we do, but none of those other regions have the same challenges as Southeastern Michigan in general and the city of Detroit specifically.