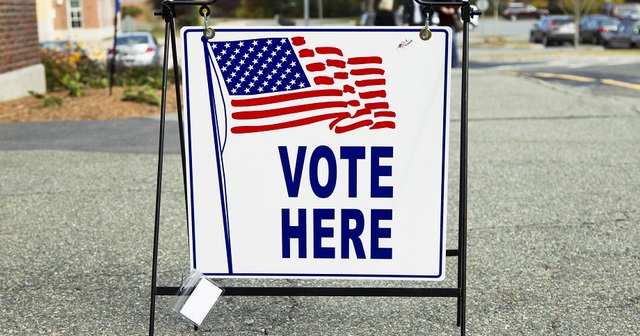 Like Taxpayer-Funded Electioneering for Tax Hikes? Here’s a Bill for You

Update: On Feb. 3 the House Elections Committee voted to advance the problematic provisions described in this article to the full House for consideration. They pasted nearly identical provisions into House Bill 5219, which modifies but does not repeal the current 60 day pre-election ban on tax-funded electioneering communications. The committee then reported the revised text of HB 5219 to the full House.

If you don’t mind seeing taxpayer dollars used to fund government electioneering for local property tax increases, you will probably like Senate Bill 721 and House Bill 5249. That’s because the identical bills are likely to quickly erode a law passed in December that restricts this particular abuse.

The new law prohibits school districts and local governments from referencing an upcoming ballot measure in a tax-funded communication within 60 days of the vote. The restriction is unambiguous and therefore is easily enforced. This feature has local officials upset at no longer being able to use their institutions' deep pockets and extensive political infrastructure to tip the scales in favor of “yes” votes on tax hikes.

The bills were sponsored by Republicans Sen. Ken Horn and Rep. Holley Hughes (with Rep. Tom Barrett co-sponsoring), following weeks of heavy pressure from local officials, tax-funded lobbyists and some in the media. They compromise the new law by adding a Mack truck-sized loophole to its unambiguous prohibition on pre-election electioneering.

Specifically, they would erase the law’s bright-line restriction by allowing communications that “provide a fair presentation of facts” and which don’t imply a yes or no vote recommendation, as determined by a “reasonable interpretation.”

At first blush that may not seem objectionable, but history suggests schools and locals will easily game these exceptions, which would quickly return us to the previous status quo of almost anything goes in tax-funded electioneering communications.

The obvious question the exception raises is, who will make those “reasonable interpretations,” and how will these referees define “fair” and “reasonable?”

The “who” is easy: Government officials in the Secretary of State’s elections bureau. Their judgments could be appealed to a court of law, but such appeals are very rare and unlikely.

The “how” is much harder: When it comes to political matters like ballot issue campaigns, what constitutes “fair” or “reasonable” is strictly in the eye of the beholder. The current elections bureau director has a reputation as a straight shooter, but he won’t be there forever.

And even the straightest of shooters lacks the capacity to prove that claims of “reasonableness” in dodgy political arguments are completely invalid.

For example, in a mailing last fall to promote a property tax increase labeled as related to “public safety,” the city of Rochester Hills claimed: “When a person is suffering a cardiac arrest, or a home is on fire, the goal is to arrive on the scene in less than five minutes. Our Rochester Hills Fire/EMS Department cannot meet that goal often enough.”

Note the political nature of this argument. In addition to opening with an appeal to emotion, it provides no substantive facts that can be confirmed or falsified. (What’s the definition of “not often enough?”)

Given the ambiguities inherent in all political arguments, which like this one usually rely more on symbols than facts, it would be all but impossible for a civil servant or a judge to declare any of them to be “unreasonable.” If they try, they’ll find themselves shooting at a moving target, because the tax hikers will quickly adapt their messaging to slip through the new cracks. And that is what makes Senate Bill 721 and House Bill 5249 a recipe for gutting enforceable limits on tax-funded electioneering.

The nonstandard established in the new bills all but guarantees to return us quickly to the taxpayer abuses the new law was crafted to prevent.