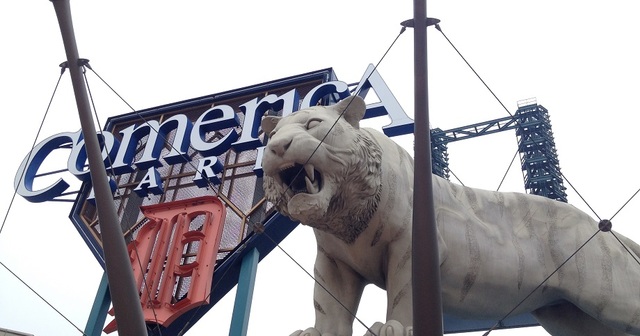 U.S. Sen. Claire McCaskill has proposed legislation that would force sports teams who relocate to a new city to pay back public subsidies received from their former state or town. This legislation is likely influenced by the St. Louis Rams’ recent decision to move to Los Angeles (Sen. McCaskill hails from Missouri). This is a solid idea, especially given what the economic research says about stadium subsidies and given the inability of cities to protect taxpayers from being left in the lurch on these stadium deals.

The Rams were lured from Los Angeles to St. Louis in 1995 by a new, publicly financed stadium, the Edward Jones Dome. The city borrowed nearly $500 million (inflation-adjusted) to construct the stadium and still owes approximately $100 million. This debt service will cost city taxpayers $5 million per year until 2021. The Rams also get to keep the revenue from the naming rights for the stadium, which is worth just under $4 million per year. Sen. McCaskill’s proposal would require the Rams to pay back the $100 million the city still owes.

But what’s lost in this debate is that it shouldn’t require federal law to prevent pro sports teams from abusing their publicly financed stadium deals. Unfortunately, most of the time, cities negotiate terrible agreements with franchises, leaving taxpayers in a vulnerable position.

For instance, St. Louis agreed to a “state-of-the-art” clause in the Ram’s lease with the city. This required the Edward Jones Dome to be in the top 25 percent of NFL stadiums as measured by various stadium characteristics. If the Dome fell out of the top 25 percent, the Rams were free to break the lease and move. Given the large amount of new stadium construction in the NFL, the Edward Jones Dome quickly fell out of the top 25 percent, and the team claimed that the stadium would need $700 million in renovations to make it a top-tier stadium again. The city didn’t have $700 million to spare (which city does?) and, as a consequence, arbitrators in 2013 ruled that the city was in violation of the lease and the Rams were free to move.

But St. Louis is not alone. The Cincinnati Bengals have a similar clause for Paul Brown Stadium, which requires Hamilton County taxpayers to pay for any feature in the stadium if at least 14 other NFL stadiums have that feature. Since Paul Brown Stadium opened in 2000, 15 new NFL stadiums have been built, and there of lots of technologies and amenities that Hamilton County taxpayers are now on the hook for. Repayment on the debt issued to pay for the Bengals' home field now consumes close to 20 percent of Hamilton County’s entire budget.

State-of-the-art deals don’t just happen in the NFL. The Charlotte Hornets and Atlanta Braves have worked similar requirements into their leases with their respective cities.

Given that local governments appear unable to competently negotiate stadium leases that protect taxpayers, McCaskill’s legislation could be a step in the right direction. By making it financially prohibitive for teams to move until stadium debt is repaid, the legislation would essentially remove state-of-the-art clauses. Teams would likely try to work around this by demanding cities issue debt for shorter maturities so that the debt is paid off more quickly.

But better than this legislation would be a simple ban on public subsidies for stadiums altogether. The economic literature on this issue is very clear: The economic impact of a sports stadium is zero, or even slightly negative. Banning these subsidies altogether would be sound fiscal policy and provide the ultimate protection for taxpayers.