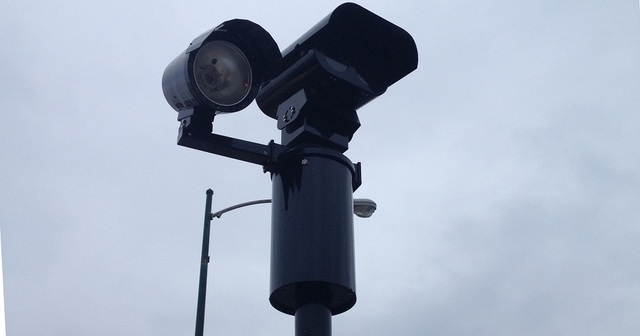 This one attached to massive new government spending

Proponents of traffic law enforcement cameras on Michigan roads are nothing if not persistent. Hardly a year goes by without a group of legislators trying to empower local governments to contract with vendors of “automated, unmanned traffic monitoring devices" to increase traffic fine revenue.

The latest proposal is riding along with a potentially far more massive scheme that would permit hundreds of state and local government agencies to tax, borrow and spend for a virtually unlimited range of new projects (including toll roads and lanes) if they bring in a private partner in a “partnership agreement.”

The Senate Commerce Committee held a recent hearing on legislation — Senate Bills 627 and 628 — that would make all this happen. The state would enter into partnership agreements with private companies to build government infrastructure projects or provide services that “serve a public purpose,” with the private partner operating the facility or program.

In concept, some projects like toll roads or lanes would pay for themselves through user fees. The private entity in the deal would maintain and operate these, including collecting the tolls. And that’s where the “photo-cops” come in.

Senate Bill 628 would authorize $100 fines for not paying a toll. But James Walker of the National Motorists Association says this is a precursor to traffic enforcement cameras. Under current Michigan law, police must witness and hand-deliver tickets for “civil infractions.”

However, that would not apply to the private toll operators SB 627 would authorize. These operations would be free to use traffic enforcement cameras to send tickets. Those who don’t respond would be subject to the most stringent measures short of jail, including driver’s license suspension, wage garnishment, impounding vehicles and even a putting lien on your property because a camera accused you of not paying a toll.

Under federal law, Michigan is currently prohibited from collecting tolls on its federally funded interstate highways, but that too could be changing. On Dec. 2, The Hill newspaper reported that a compromise in a $305 billion federal highway funding bill takes a step toward more tolls on interstates, by means of a pilot program that lets states choose whether to participate.

The Michigan partnership agreement bills were introduced by Sen. Mike Kowall of White Lake. A spokesperson for his office said they do not create any new toll roads and only apply to existing tolls on bridges and similar facilities. Senate Bill 628 would allow the state to use unmanned electronic tolling system to enforce those tolls.

It bears repeating that the main thing the bills would do is greatly expand the ways state and local government agencies could launch new debt and spending adventures, some at the instigation of private developers who see an opportunity. The automated photo-cop tickets are a small part of this scheme.

The NMA’s Walker is not so sure the bills preclude collecting tolls on existing Michigan routes, and said this would be bad for motorists. He pointed to one section of the Kowall bill that refers to “reconstruction, rehabilitation, improvement, repair” alongside “imposition, charging, assessment, collection, and enforcement of user fees.”